I first became aware of Angkor Wat in the 1960s when the widowed Jackie Kennedy visited there with, as I recall, a Life or Look magazine photographer in tow.  At that time, the ruins were even more ruined than they are today.  Many stone structures that had fallen in the seven centuries since they were built have  since been partially reassembled.  At almost every temple in the Angkor region there are hundreds of stones laid out, waiting to be fitted into the giant three-dimensional jigsaw puzzles.

Angkor Wat is only one of dozens of temples and other ancient Khmer structures in the internationally protected region known as Angkor, but it's the largest and the most fully restored.  It is taller than Notre Dame in Paris.  It has more interior space than St. Peter's Basilica in Rome.  It is, visitors are told, the largest religious building in the world.  It was, however, not built to accommodate worshipers.  It was built, literally, as a home for Hindu gods.  Its huge central tower and the four other main towers mimic the mountain in India where the gods are thought to live.  The highest level in the central tower was the sanctum sanctorum -- heaven occupied by Vishnu, Brahman or Shiva (or all three) and was never visited by regular people. Now backpackers in shorts and T-shirts ramble through taking photos, though there are still faithfully tended shrines.  Built as a Hindu temple, Angkor Wat was soon converted into a Buddhist monastery, with some Hindu images -- especially the Vishnu  linga carvings -- replaced with images of the Buddha. Visitors today see both lingas and Buddhas.  It recalls the Pantheon in Rome, a temple to all the Roman gods that the Catholic Church converted for Christian worship, or the Hagia Sophia in Istanbul, a Byzantine church that was converted into a mosque and now is a museum displaying artifacts of both faiths. 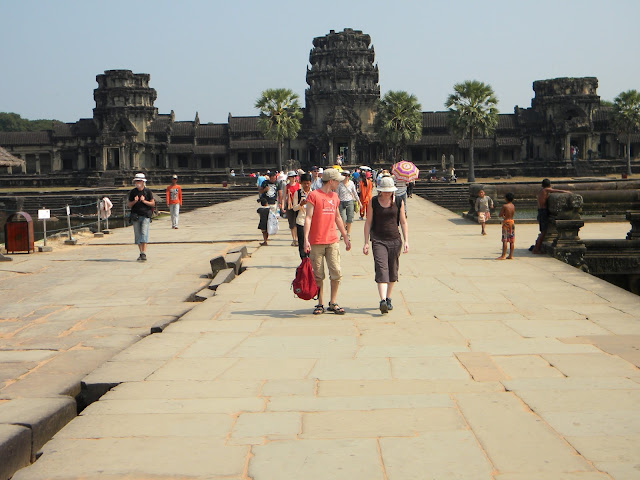 Above, the causeway leading to Angkor Wat.  The towers seen here are merely the gates to the temple,

Below, the five main towers are visible in this photo from across the moat. At the water's edge is one of the temple's enclosing walls. 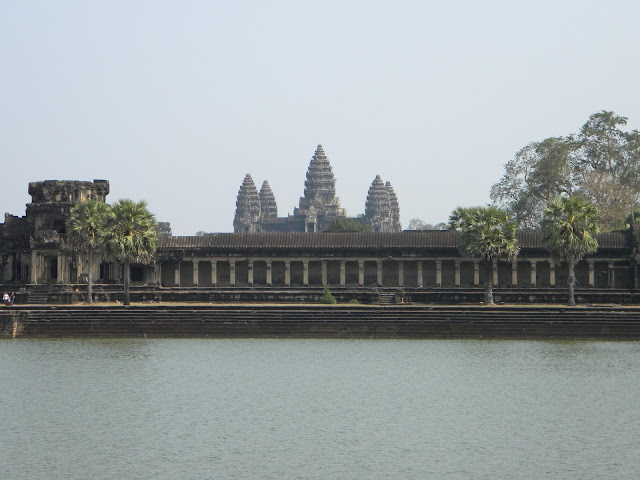 Below, one of the Buddhist shrines within the temple. 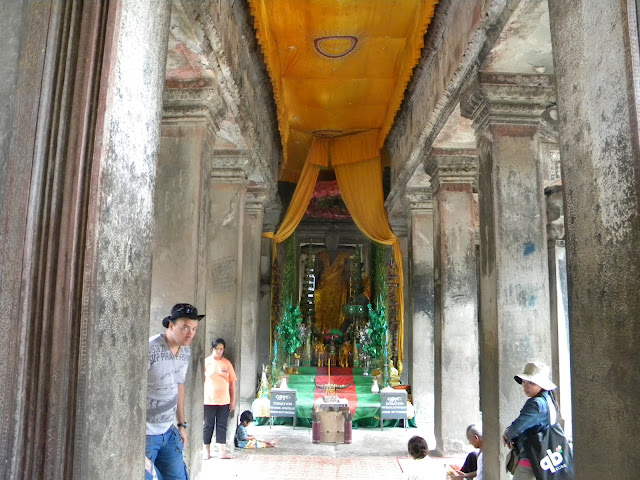 Below, a small section of a gigantic mural carving depicting the Churning of the Sea of Milk, the main Hindu creation story. 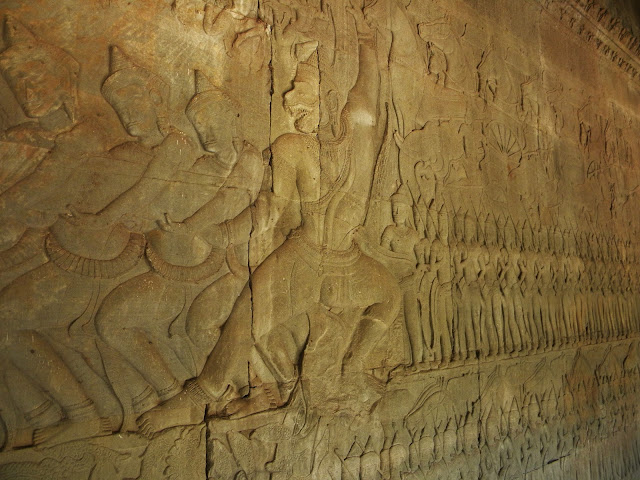 Below, the view from Heaven, the sanctum sanctorum level of the central tower. The building in the center was one of the temple's libraries, where sacred texts were written on dried palm leaves. Not surprisingly, none of those have survived. When the temple was built, the ground level here would have been filled with water to duplicate lakes near the sacred mountain in India. What looks like a string of buildings on the other side of the library is actually the innermost enclosing wall.  There are galleries with murals (like the one above) on the other side. 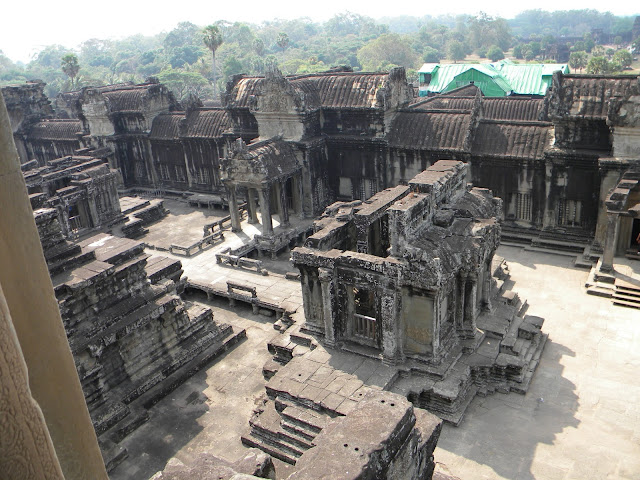 Despite all the evocative images of it, Angkor Wat is impossible to photograph in a way that helps the viewer understand the building.  It's too complex, too layered and too large to be captured in one photo. 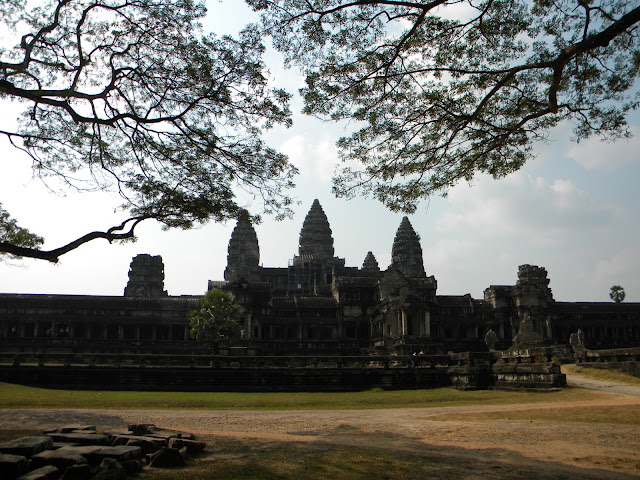