Unlike the other temples of the Angkor region, Banteay Srei was not built by a king.  Two local dignitaries began constructing it in the 10th century.  A Hindu temple, it was specifically consecrated to Shiva.  It's also unusual in that it has only one level -- there are no steep steps to be climbed here -- and it's considerably smaller than the other famous temples.
What fascinates visitors are the elaborate carvings that cover almost every surface here, most telling stories from Hindu mythology.   Click HERE for more information about Banteay Srei. 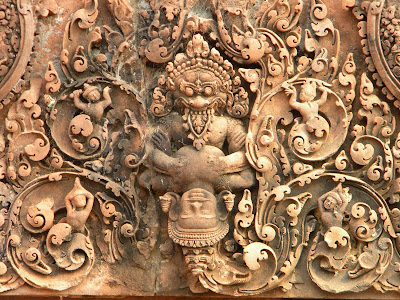 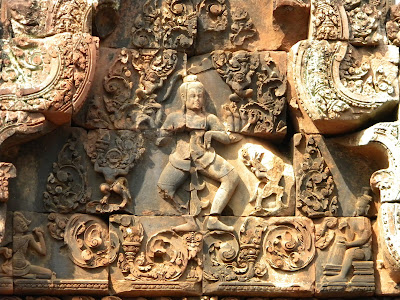 Above and right, two of the temple's many elaborate carvings.

Below: During our visit in January 2013, restoration work was in progress at Banteay Srei.  A photographer was documenting a craftsman's work. 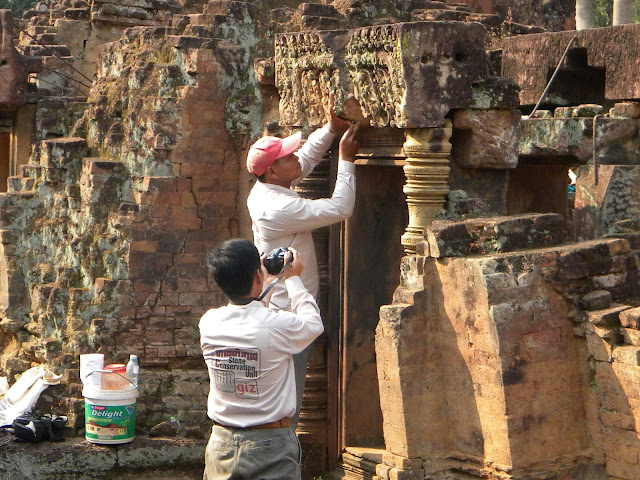 Below, fallen stones removed from the site are laid out as experts try to figure out where they should go as bthe temple is restored. 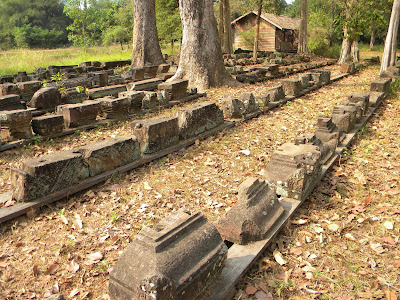 Below, views from within and outside the temple's enclosing walls. 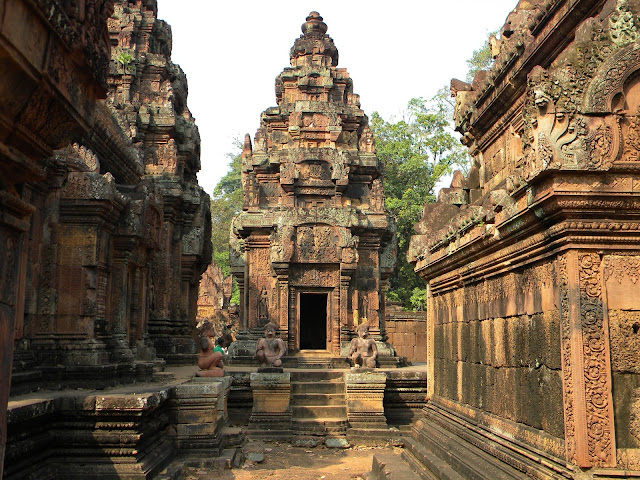 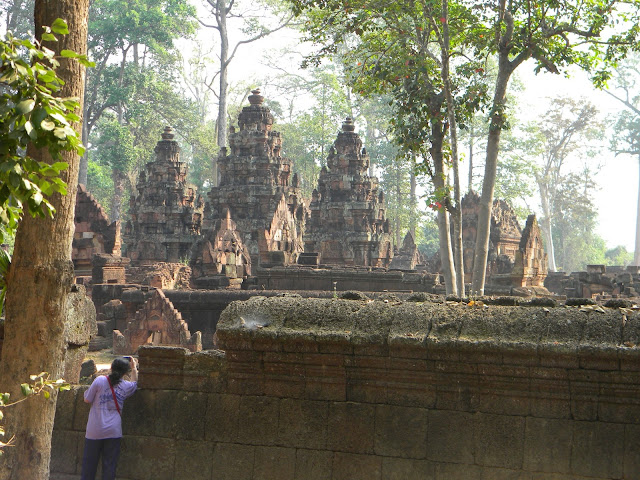