San Diego Bay is a 12-mile-long J-shaped mix of military ships and bases, sports and commercial fishing boats, yachts, tour boats and sailboats.  On Dec. 23, Jane and I joined the other goobers aboard the Admiral Hornblower, one of several boats that take tourists out from the Embarcadero near our apartment building, for a two-hour cruise of the southern and northern portions of the bay.
The Coronado Bridge is the line between the southern closed end of the bay and the northern bay, which opens onto the Pacific Ocean at Point Loma. The bay is formed by the Coronado and the Point Loma peninsulas. The bridge is just over two miles long, a length achieved by its curved design, a curve needed to make it long enough to qualify for federal funding back when Ronald Reagan was governor of California. (That's when he saw government as the solution, not the problem.)
Below are snapshots from our tour. 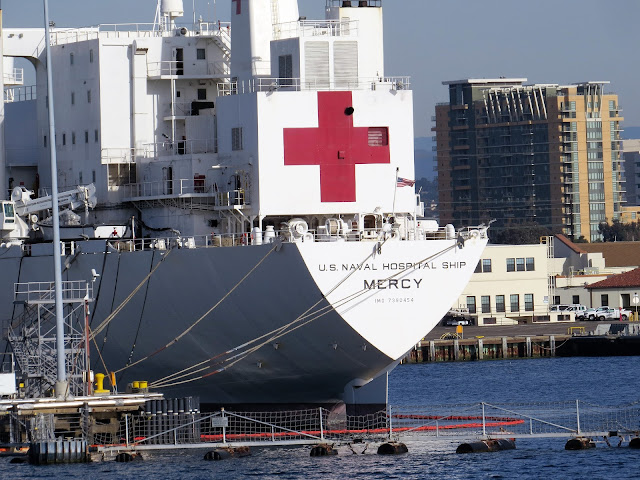 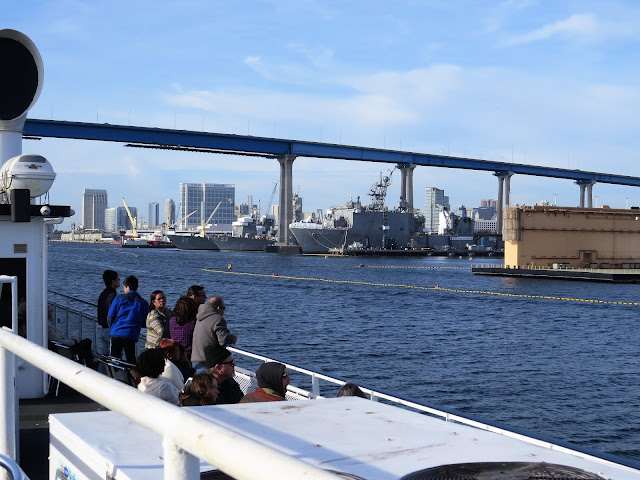 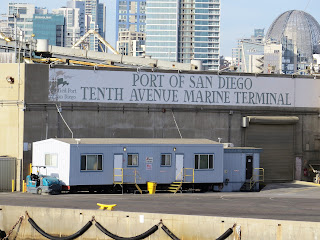 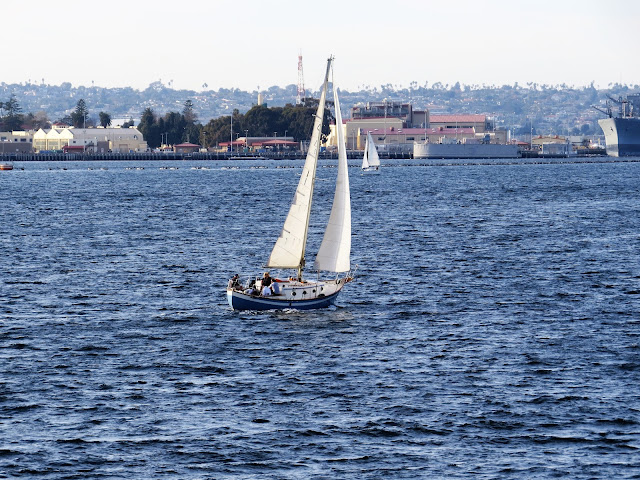 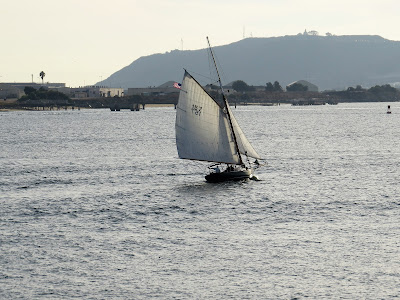 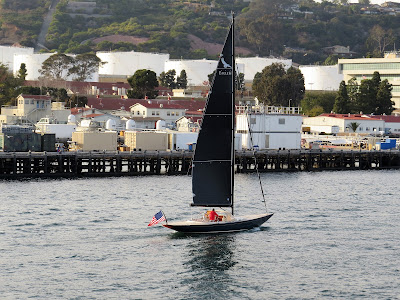 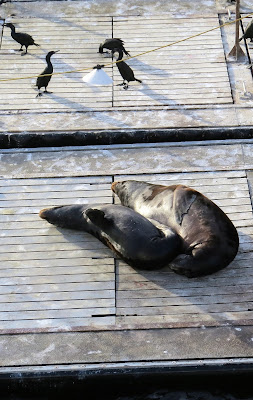 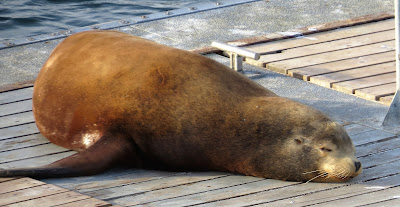 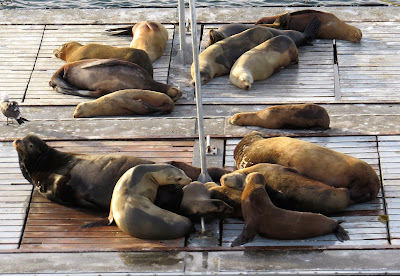 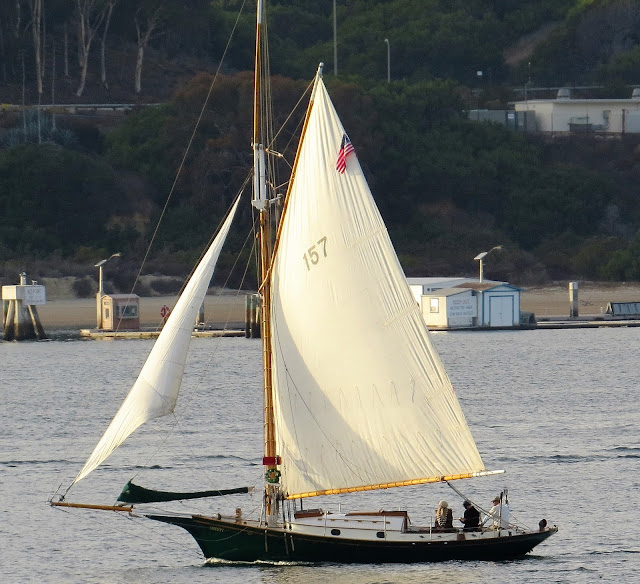 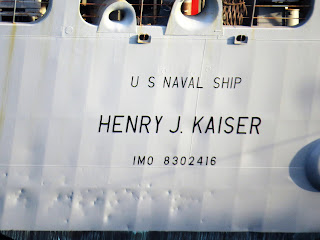