Panama: Getting Away From It All

Above, the Guna community at Playon Chico, Panama. 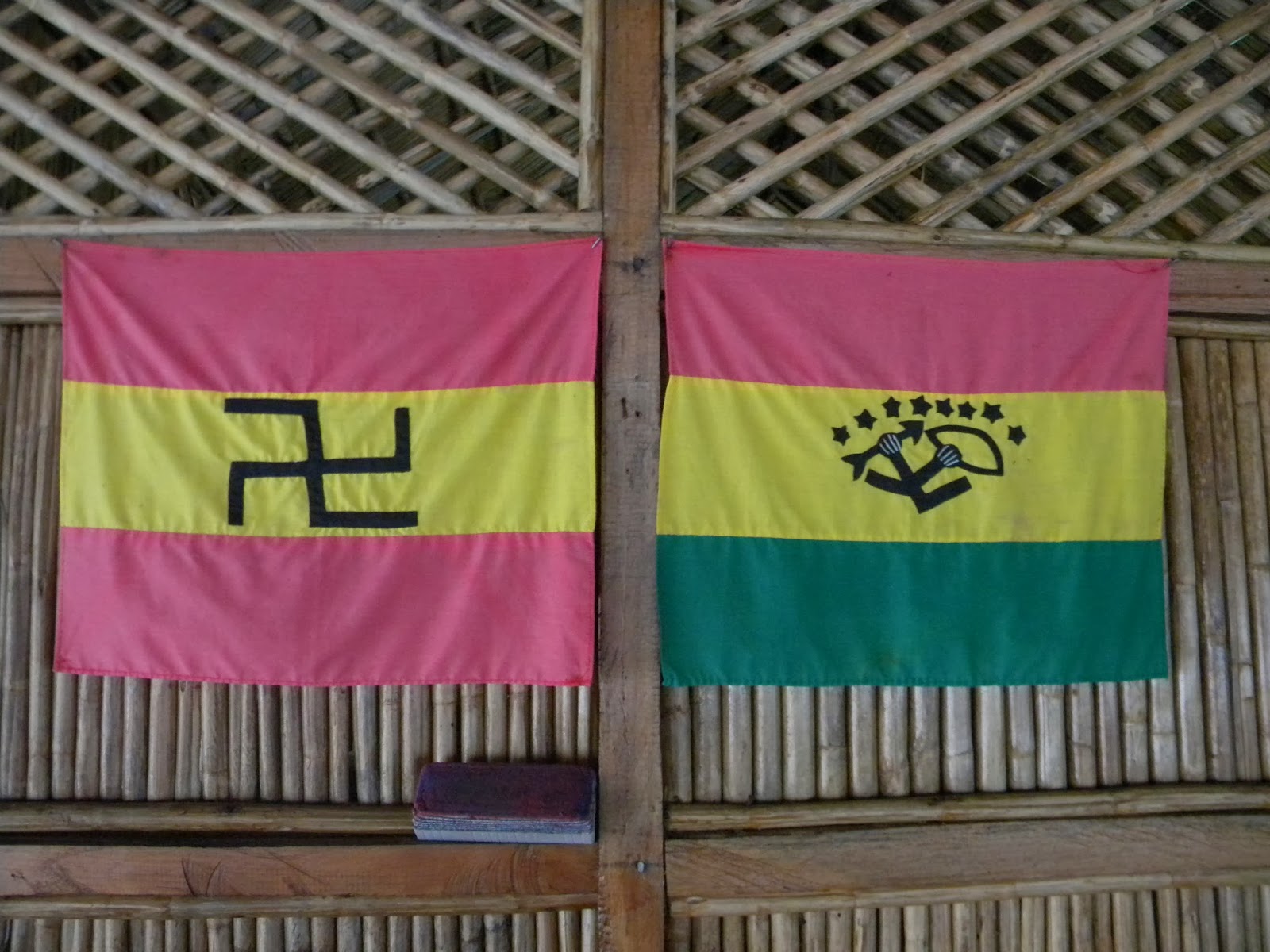 No, that's not some sort of Nazi flag. The one on the left is the old flag of Comarca Kuna Yala, the homeland of the indigenous Guna (pronounced KOO-nah and often spelled "Kuna") people of Darien province in Panama. It's supposed to represent interlocked arms, a symbol of community unity.  The idea is a bit more clear in the new flag, shown on the right.  The eight stars are for the eight traditional chiefs of the Guna, though we're told that there are only three chiefs at the moment. 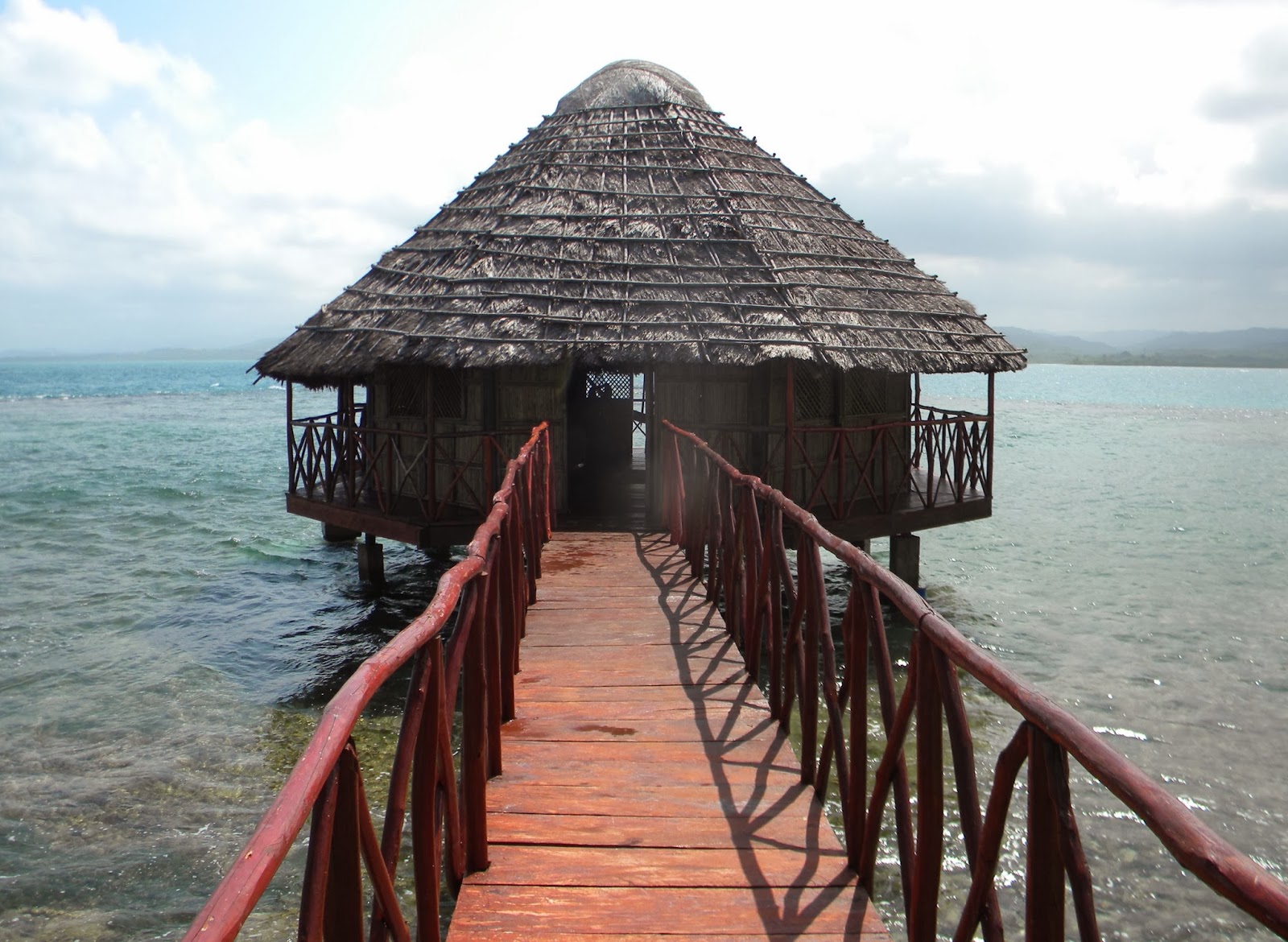 Jane and I stayed three nights in January 2014 in the traditional eight-sided Guna hut at right.  It's at a Guna lodge called Yandup (click HERE for link) on a tiny island a short boat ride from Playon Chico.  The only way to reach this place is one flight a day on Air Panama to Playon Chico's small landing strip. Our flight from Panama City was in an eight-passenger plane (photo below) with air vents in the windows and everyone sitting immediately behind the two pilots. There are almost no roads in Darien Province. 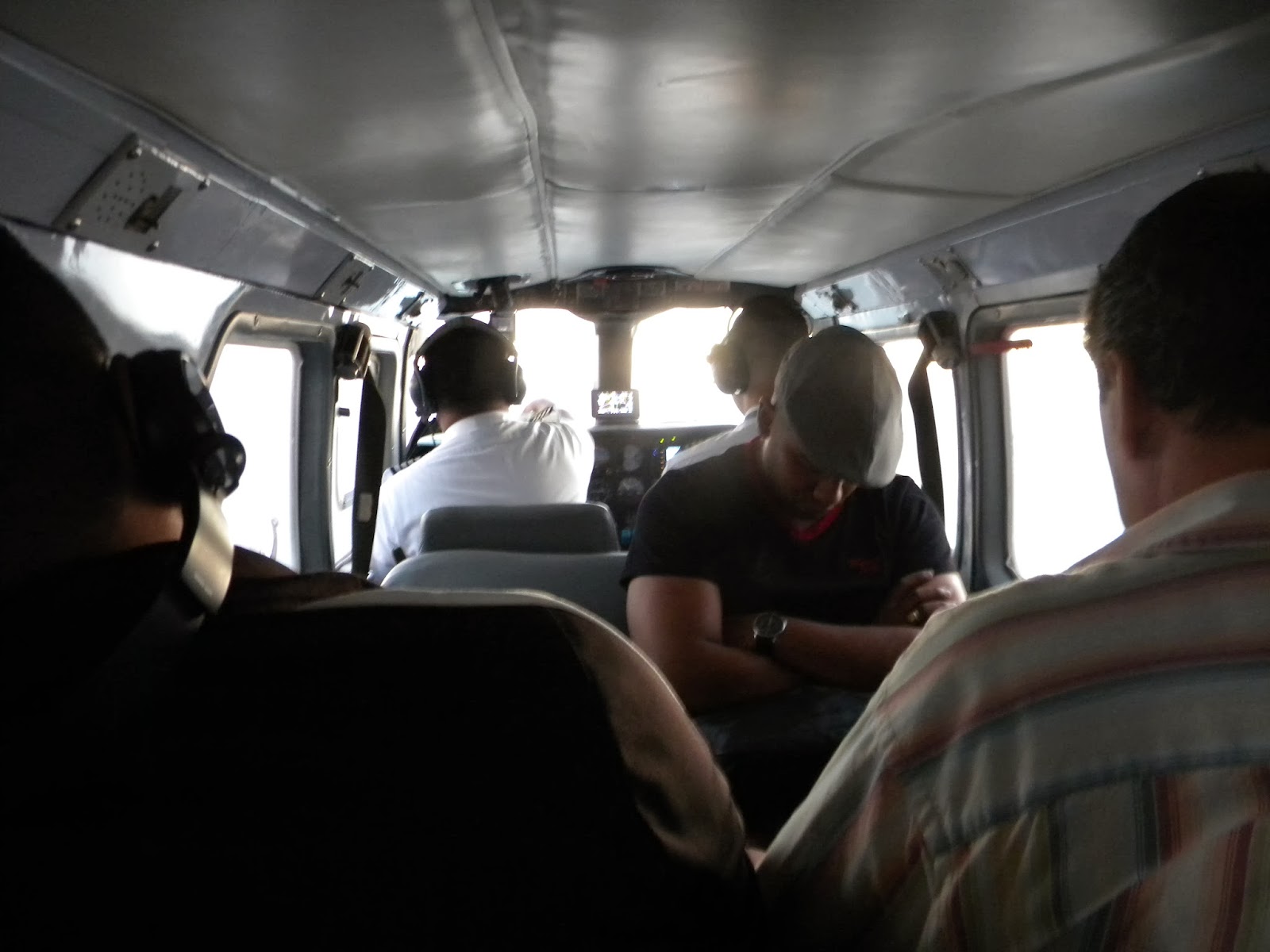 Below, two fishermen worked the waters near our hut using a dugout canoe. One speared a squid and one caught an octopus, both popular on menus here. Octopus frequently shows up in ceviche. 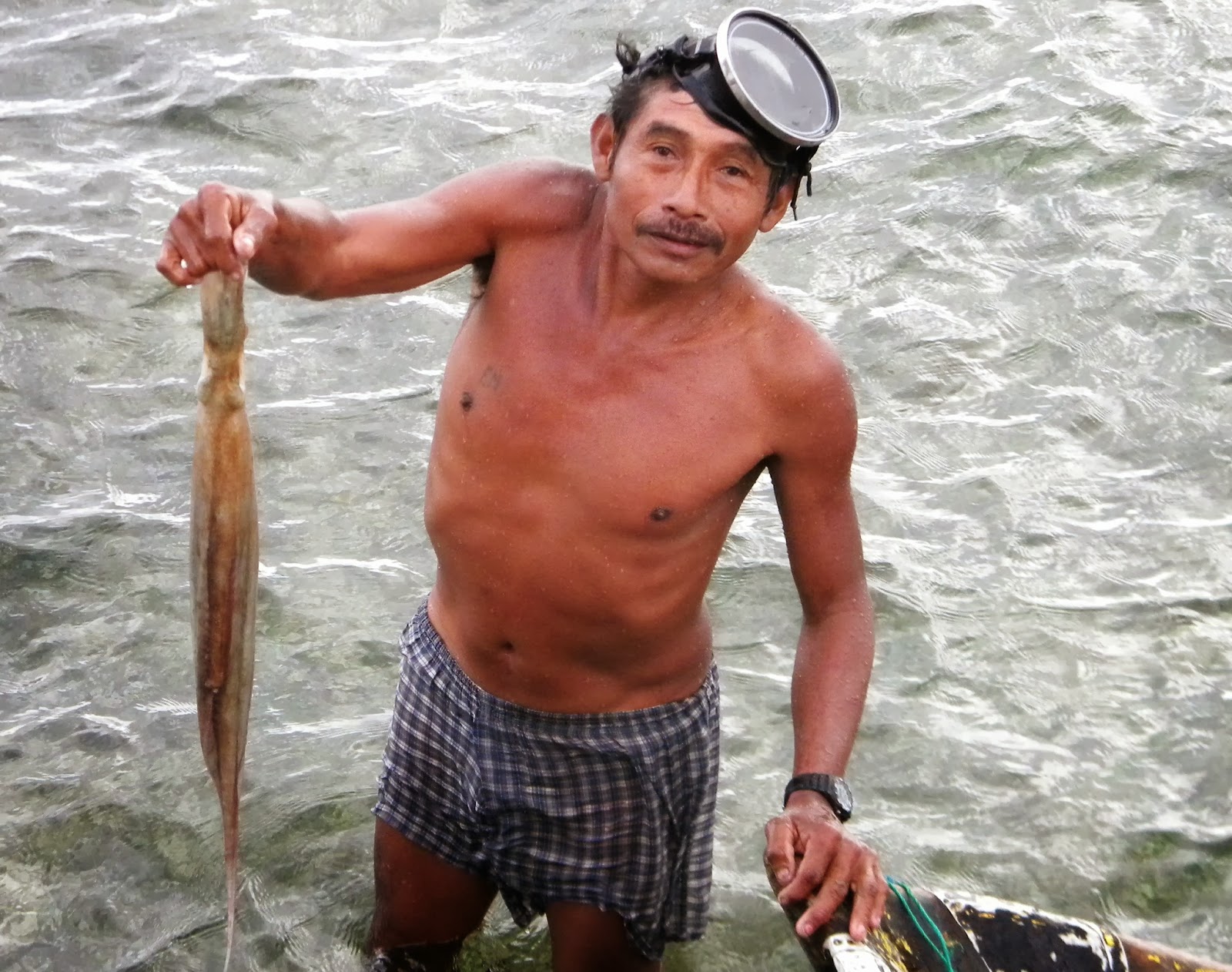 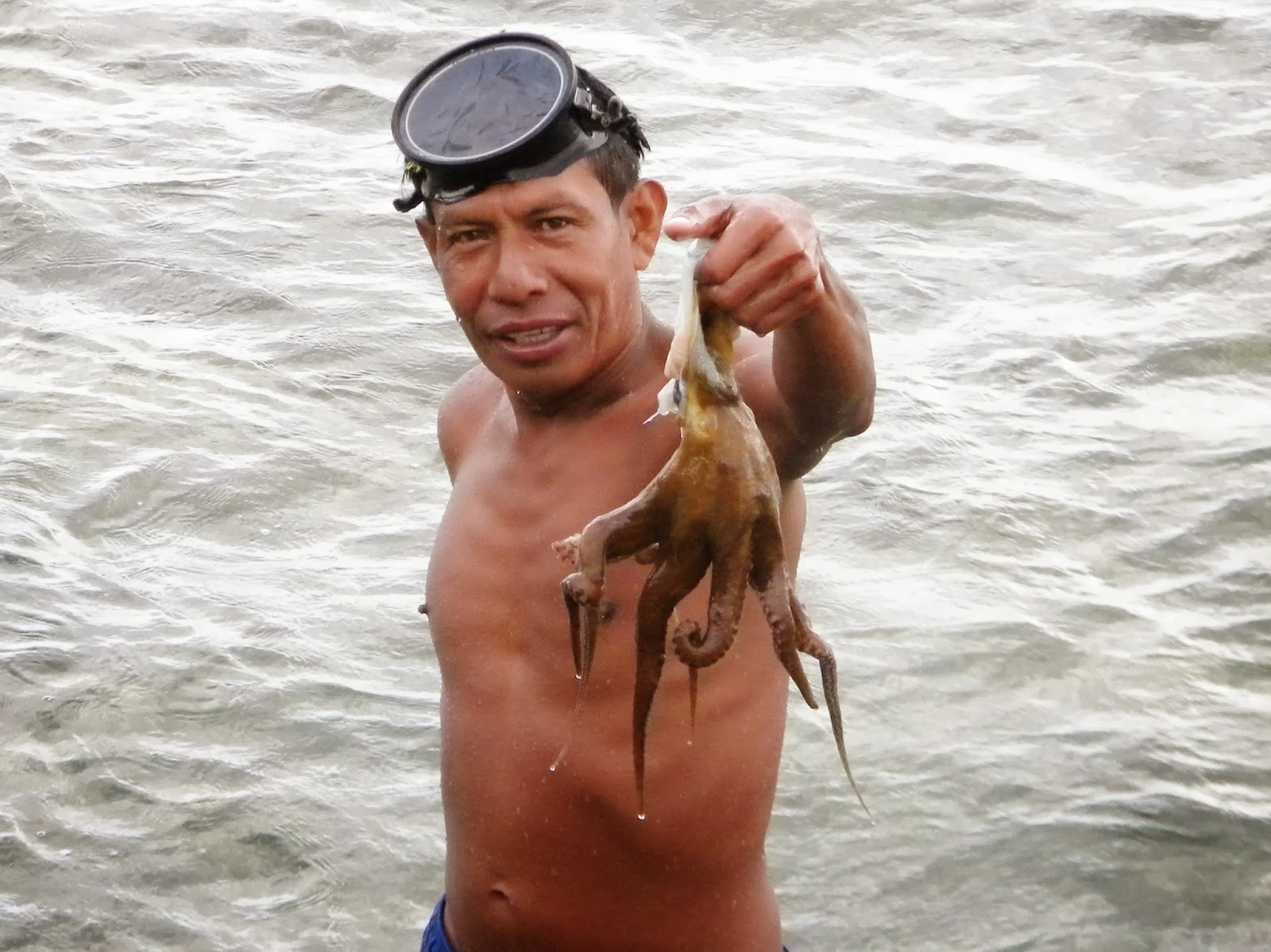 Below:  Yandup has five huts that are over the water and several others on land. A large open-air dining building is also over the water.   The lodge is building a large spa hut -- bamboo and thatch, like everything else -- that will add a little luxury to what now are pretty basic services.  But, when you're in a hammock on a deck over warm Caribbean waters, how much more luxury do you need? 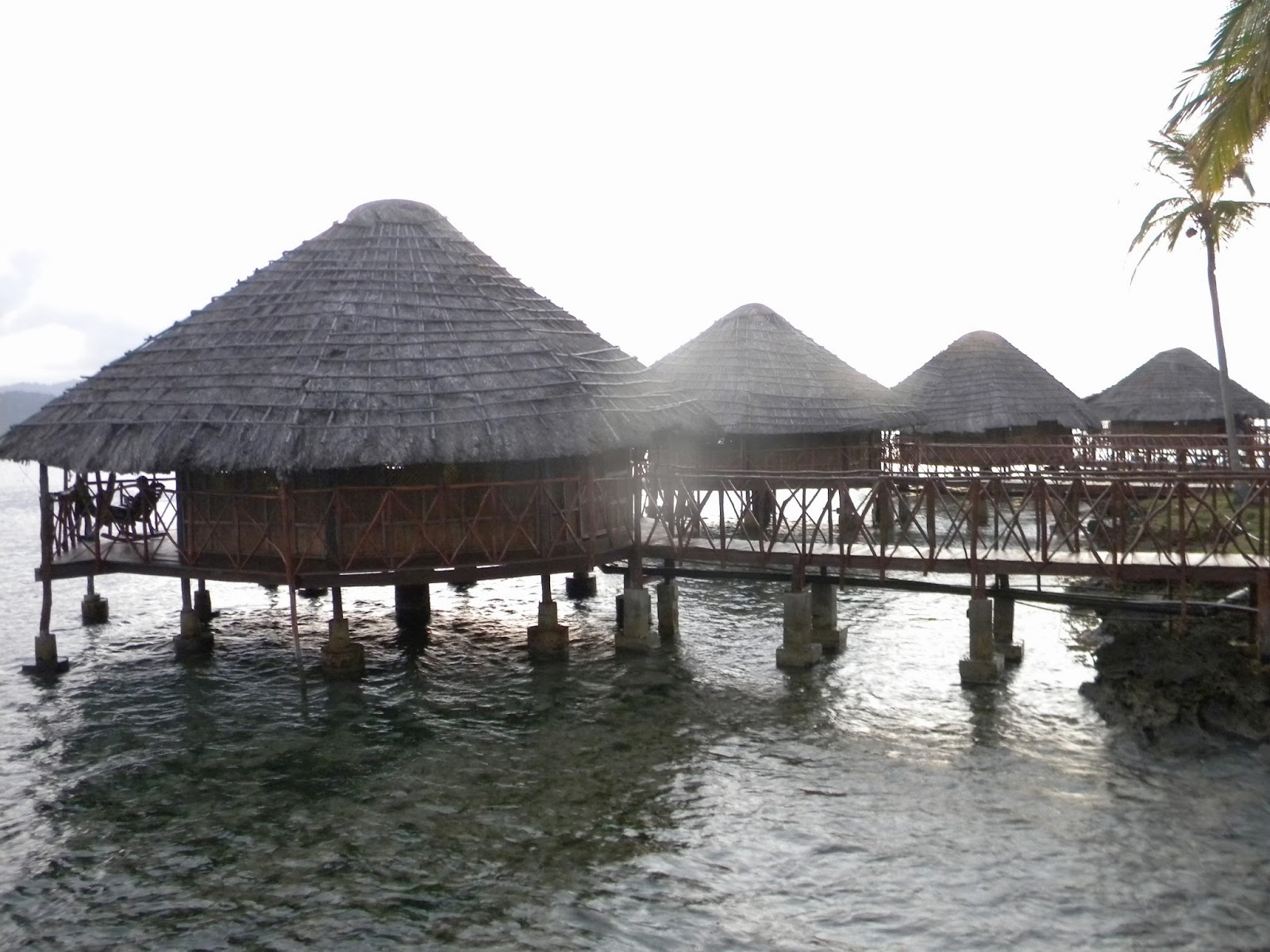 The walls of the huts are sections of bamboo nailed to a frame. The wind easily comes in through spaces between the pieces of bamboo. Windows have bamboo latticework but no screens and no glass. The roof overhang is sufficient to keep out rain and enough sun so that the inside stays pretty comfortable. Our hut had electric lights and fans, a double bed, one twin-size bed, a hanging chair, and a bath with a flushing toilet and a cold-water shower. Both beds had mosquito netting, which we didn't need. There were two hammocks and a rocking chair on the deck. 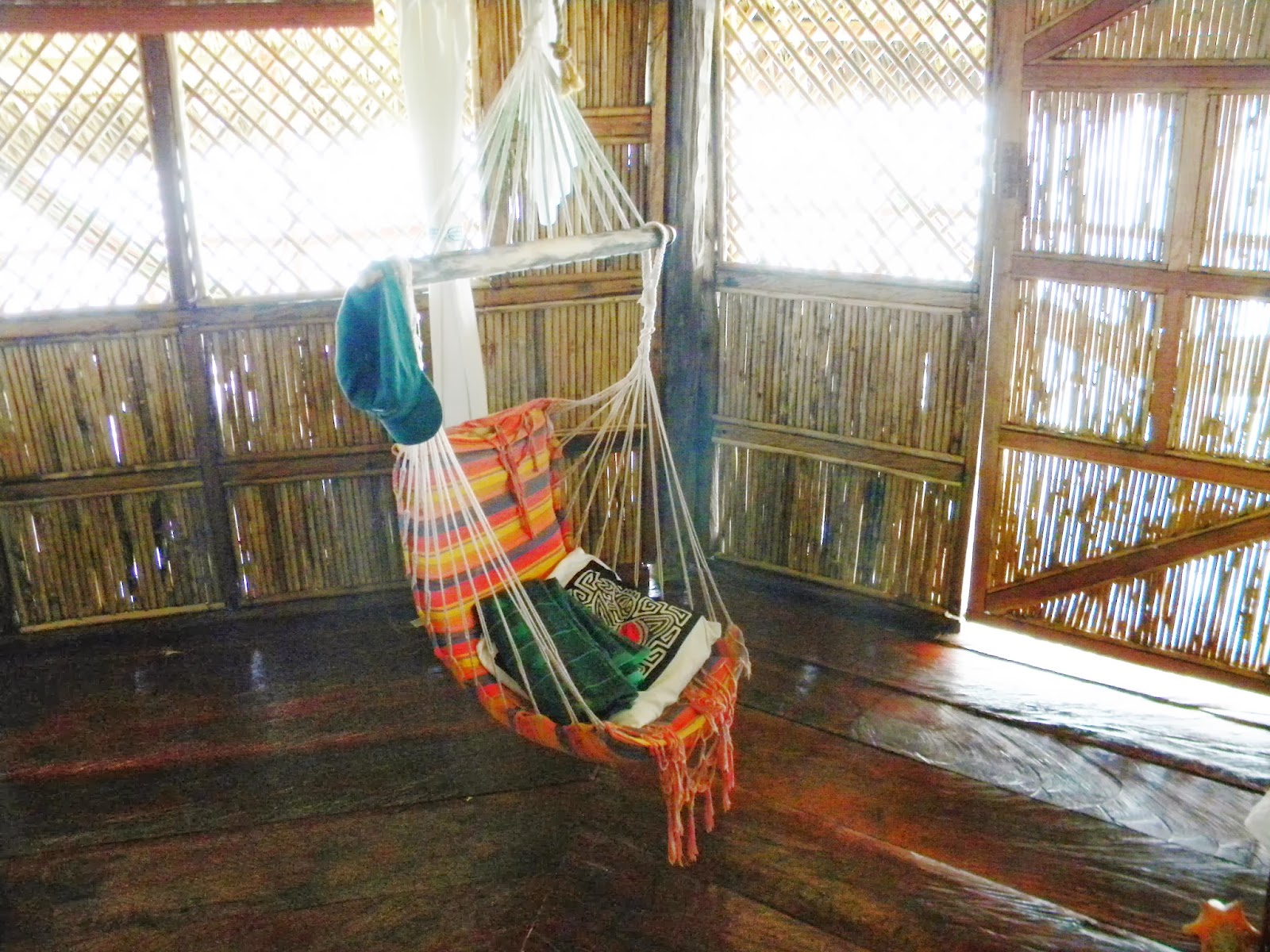 Meals at Yandup ("dup" means island in the Guna language) were pretty simple: pancakes or an omelet or fried eggs for breakfast, and fish or other seafood for lunch and dinner.

Guests are all entitled to two excursions a day -- a guided tour of the Guna community (no photos of this because having been told that the Guna object to being photographed, I didn't take my camera -- turns out they don't mind if you ask first and offer them a little money) , a hike to a Guna cemetery, and snorkeling trips to neighboring desert islands, such as the one below. 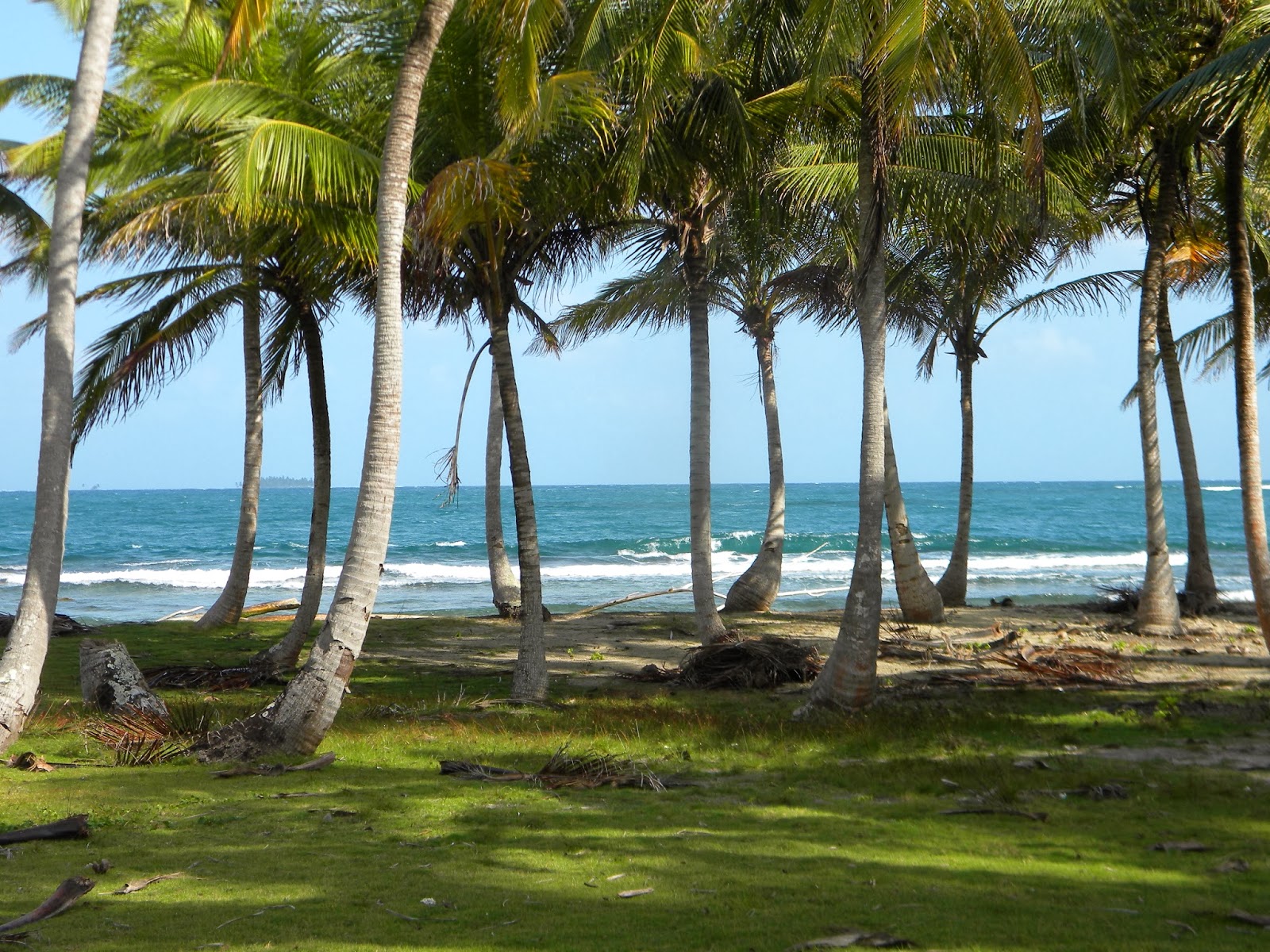 Being at so remote a place can pose unexpected problems.  Jane became pretty ill on our second day, so we tried to cut our three-night visit to two, but we had missed the early-morning plane and would have to wait until the next day anyway. I thought we could arrange to have a car sent for us from Panama City, but I hadn't looked at a map.  The staff at Yandup told us that getting to the nearest road to meet a car would involve a three-hour trip in a small boat over rough seas.  So Jane toughed it out and we left as scheduled.  The plane back to Panama City was a bit larger and a little more comfortable -- it had maybe 16 seats and a center aisle.
Posted by Steve Bailey at 11:27 AM