Panama: Bocas del Toro: surfers and backpackers ... and us

We spent two nights in January 2014 in the Caribbean town of Bocas del Toro, Panama, the major town in the island group that shares its name.  It's actually on Isla Colon.  We stayed in a  studio apartment in a small dock apartment building known as M&M -- that's for Michel and Michelle Natalis, who also own the beach lodge Al Natural on nearby Isla Bastimentos.  The apartment was quite nice -- cable TV and air-conditioning, though we didn't use the later -- but noisy.  Motor boats sped by our private deck at all hours, and our fellow tenants were noisy young men with surf boards.  Sometimes they used the diving board near our deck, swimming and putting themselves at risk of being hit by one of the motor boats.  Despite the noise, this is an easy place to recommend (click HERE to visit its website).  We had the sea front studio.  This photo -- the view from the bed -- shows the deck and its hammock. 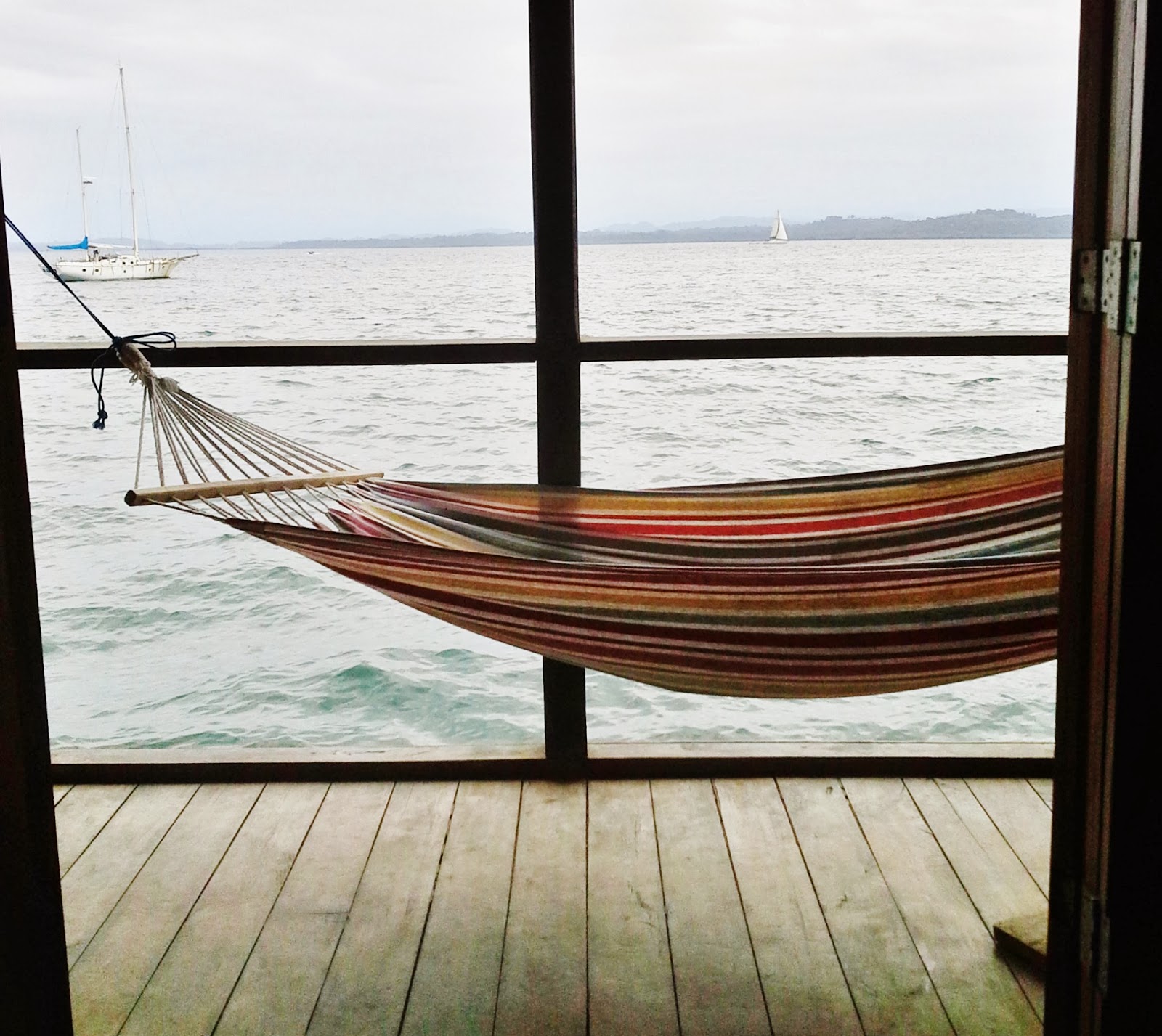 Restaurants, bars, grocery stores, souvenir shops, outfitters and tour companies line Calle 3, the main street in Bocas del Toro. There's even a wine bar -- though it offers only a handful of wines by the glass.  Below, snapshots of Calle 3 and the waterfront. 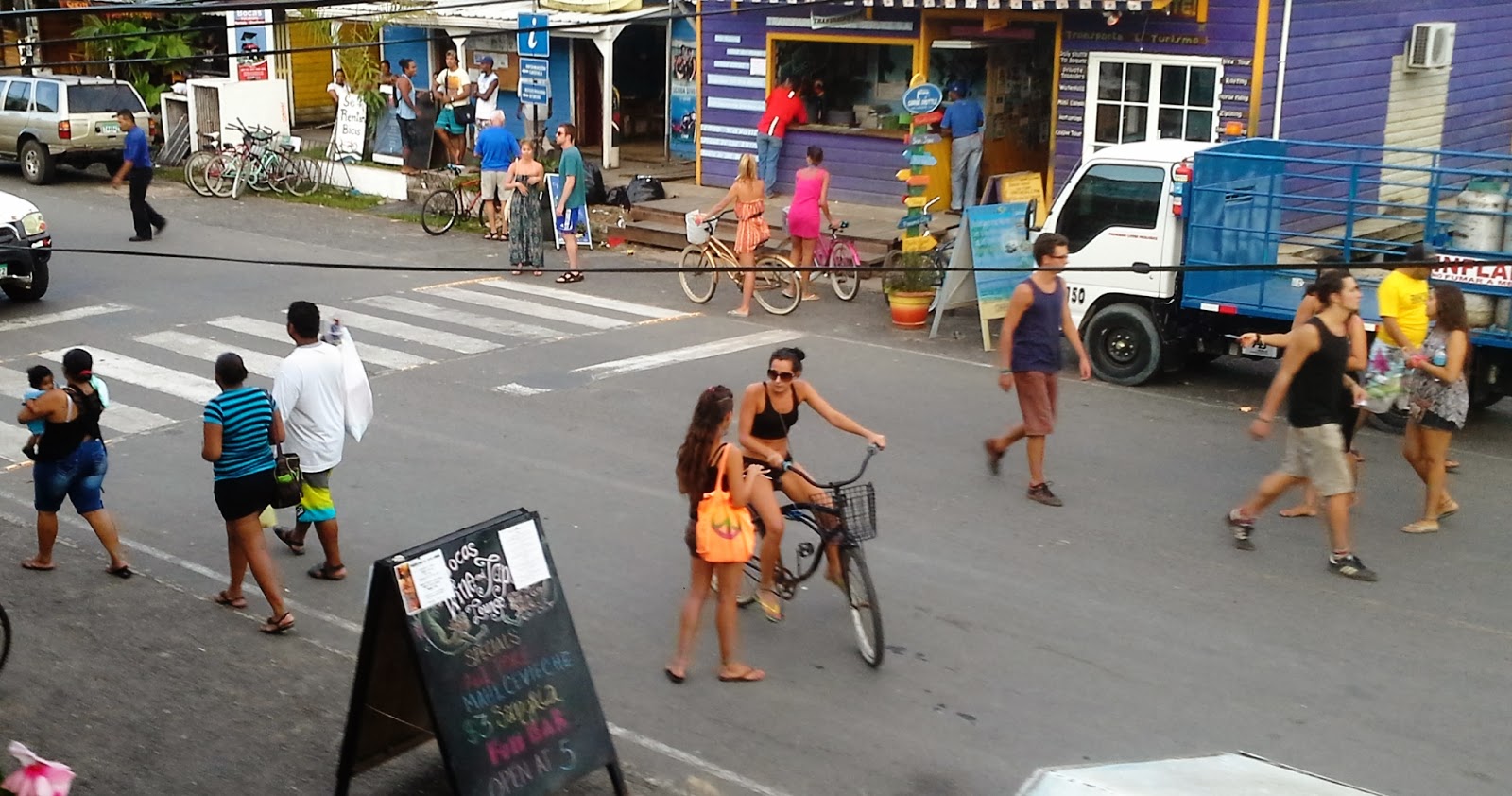 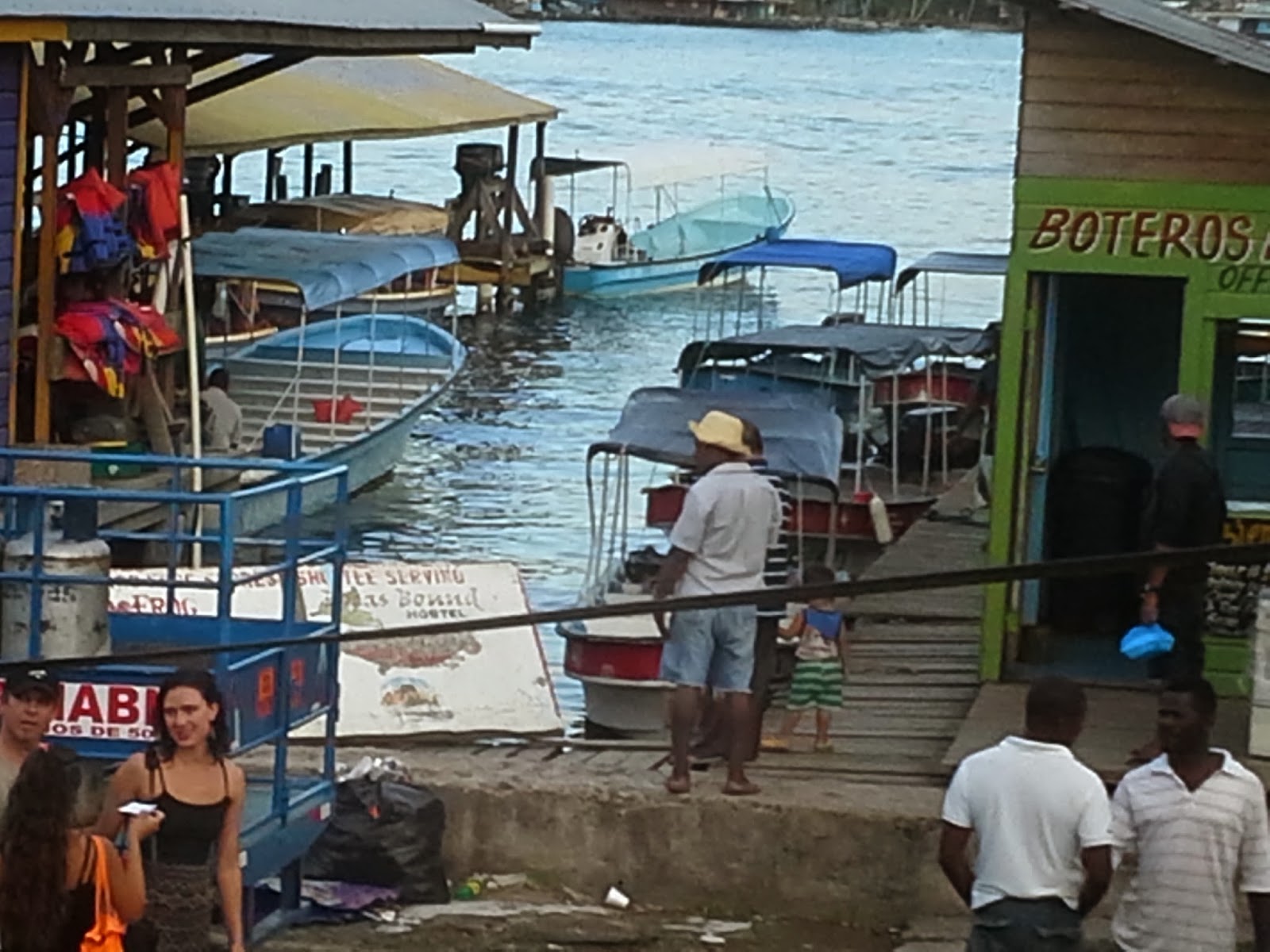 There is no beach to speak of in the town of Bocas del Toro, though there are good beaches elsewhere on Isla Colon.  Surfers and sunbathers flock to Bluff Beach.  We went to Starfish Beach, which has gentler waves, usually good snorkeling (recent rains meant we had no decent snorkeling anywhere in the Caribbean), and loads of swimmers.  Our visit coincided with a bunch of people from a giant cruise ship anchored a few hundred yards offshore. Below, photos of the crowded and uncrowded parts of Starfish Beach. One photo shows the cruise ship. 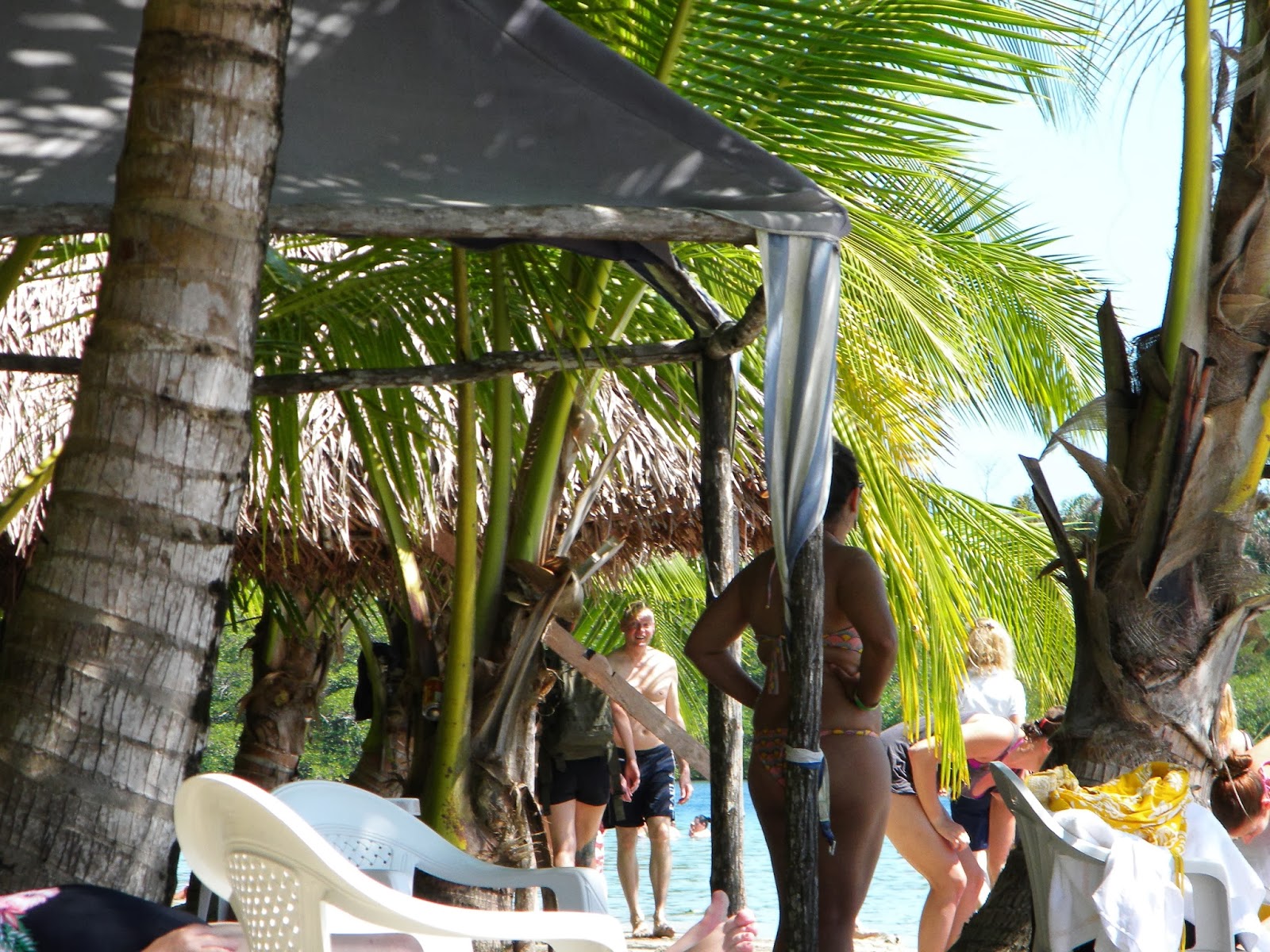 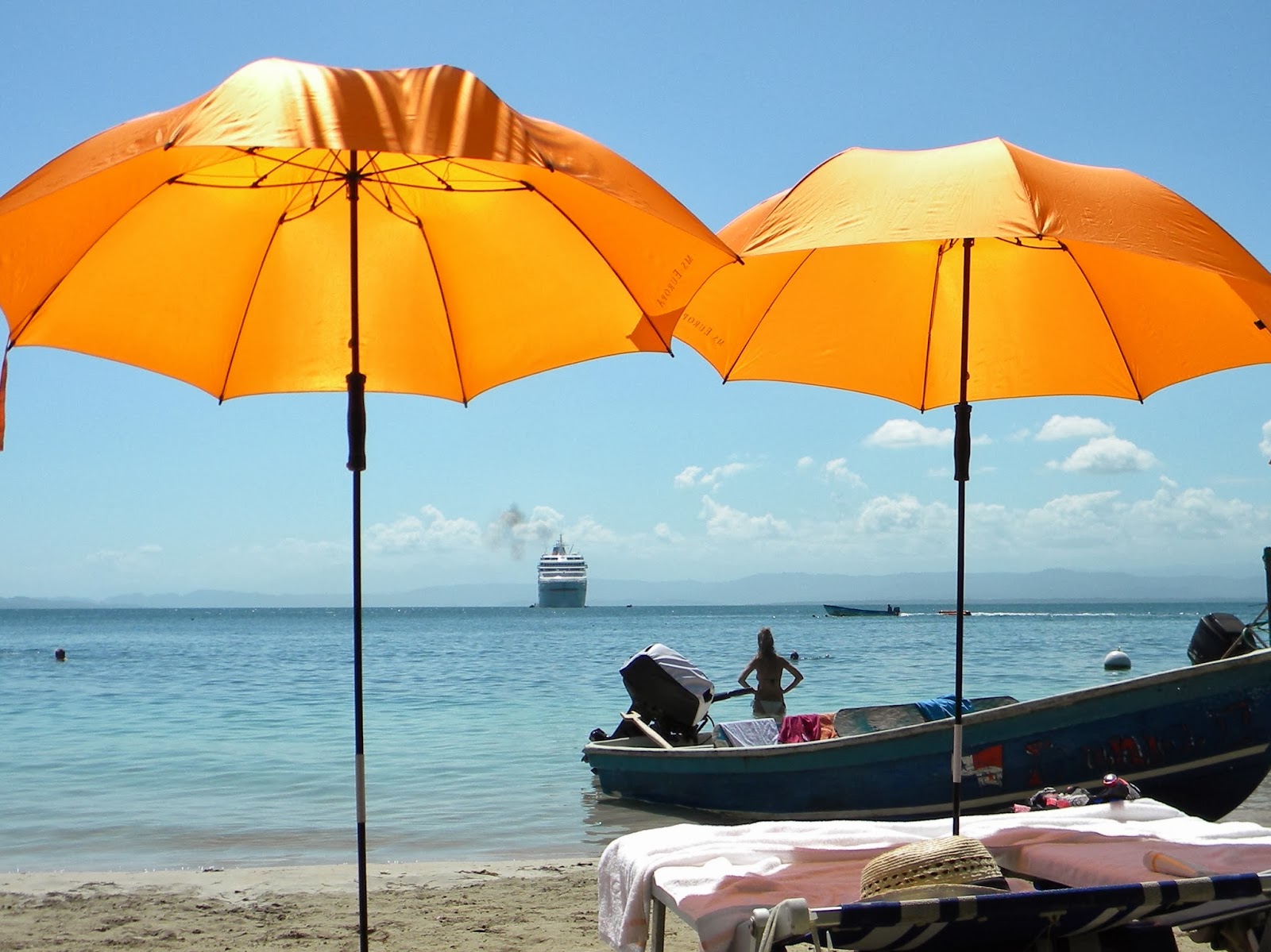 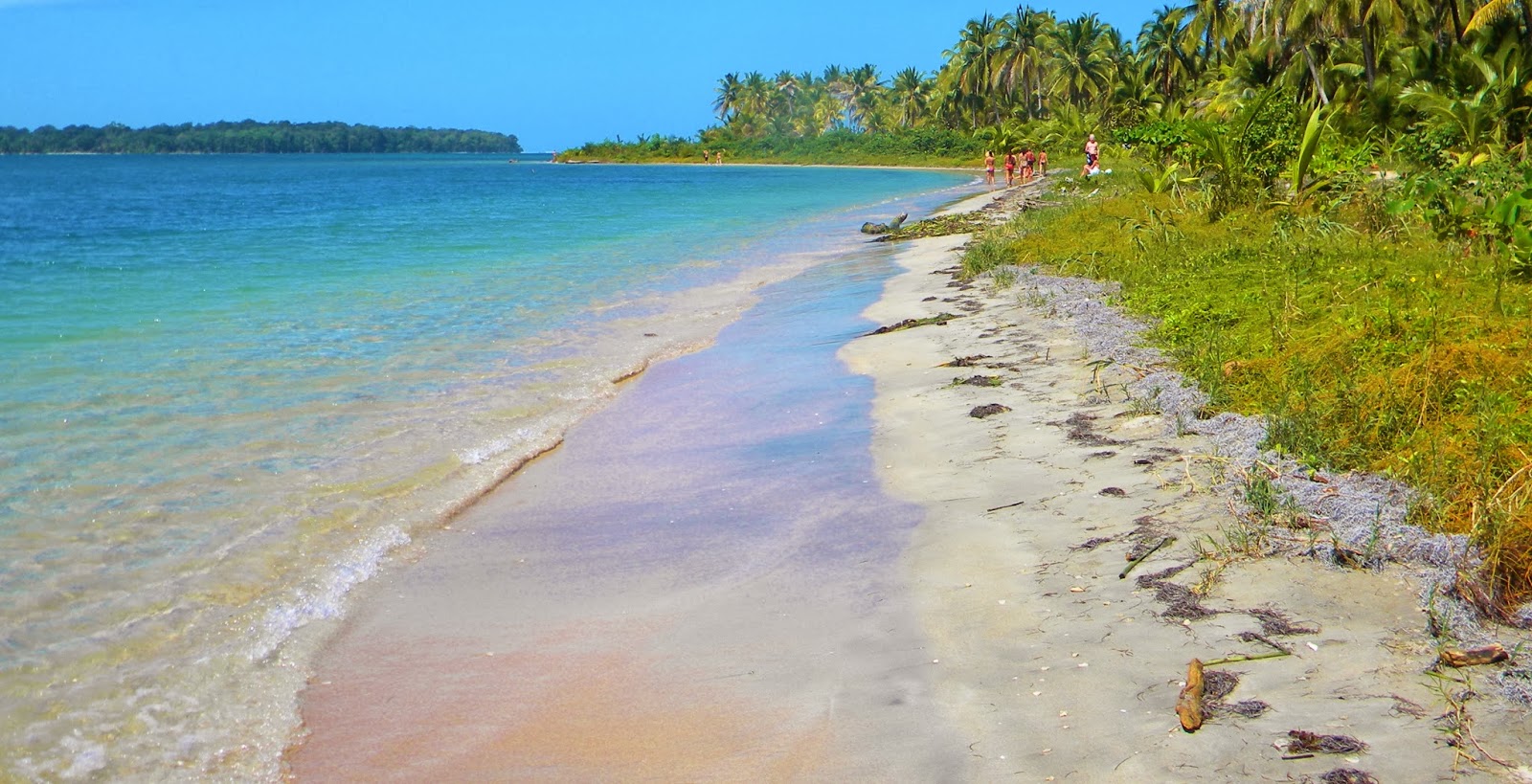