With a population approaching 10 million, Thailand's capital city is bigger than New York or Los Angeles.  It  seems to be a city much more focused on the future than the past, though it protects a lot of important old buildings.  Its speedy elevated rail system whisks riders above the congested streets.  Descend to the street from a rail platform and you're in a world of fast-walking locals squeezing around vendors selling everything from small Buddhas to massage oils and Viagra.

In the March 17, 2013, Travel section of The New York Times, Thomas Fuller offered advice on what to do during 36 hours in Bangkok.  Click HERE to read to his article.  Our trip occurred before Fuller's article appeared and we did not stray too far from the most popular tourist areas.  Here are some snapshots from our few days in Bangkok in December 2012. 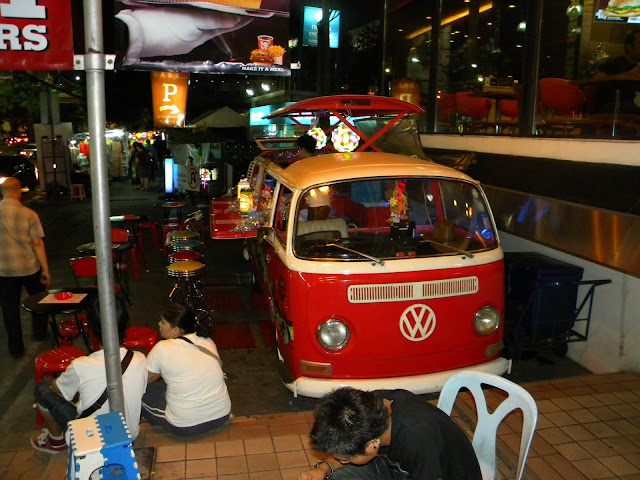 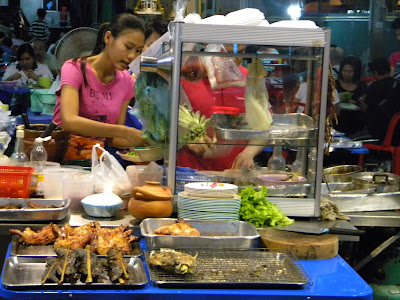 Above: This VW van shows up around 7 each evening, parks on a sidewalk and creates an instant open-air bar. It has a full menu of cocktails.

Left: A restaurant set up in a covered parking lot. During the day, it's full of cars. When the cars leave, carts bring in charcoal and propane grills, folding tables, folding chairs and chests of ice for chilling drinks. We had two kinds of whole fish here, one grilled and one steamed and both excellent. 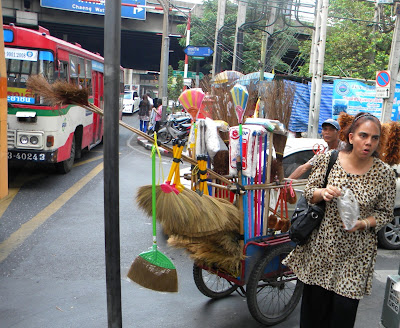 Right: A broom vendor pushes his cart on Sukhumvit, one of the city's major shopping streets.  In the background you can see the street going beneath a raised highway. Toll roads built above the city allow relatively quick drives to the airport even from the heart of downtown.

Above:  A longtail boat zips along the Chao Phraya River, a waterway filled with commuter ferries, tourism boats and other watercraft.  The longtail boats have propellers mounted at the ends of long drive shafts that are connected to what looked like old automobile engines. The engines pivot, swinging the drive shafts and propellers to steer the boats.  We saw these in Cambodia, too, but only in Bangkok did we see how fast they could go.  Very fast, at least as compared to everything else on the river. And very noisy, too. 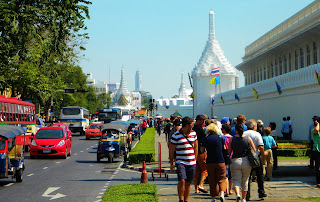 Right: The sidewalk outside the Grand Palace. The white towers are stupas.


Below:  Several photos inside the grounds of the Grand Palace, which is a former royal residence now used only on rare ceremonial occasions. 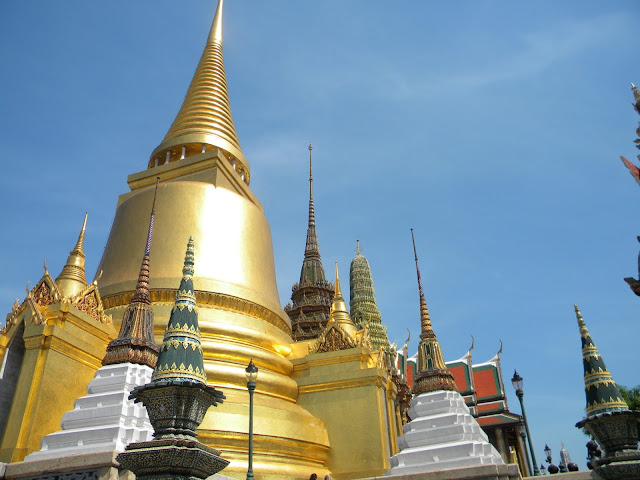 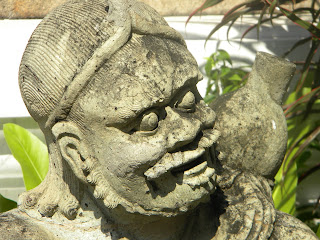 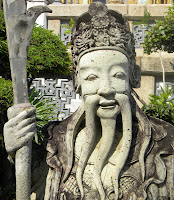 The Grand Palace is a must-see for any first-time visitor to Bangkok.  It's like Versailles in being almost unbelievably ornate, in being totally over the top.  Here, however, the royal residence itself is not open to the public. 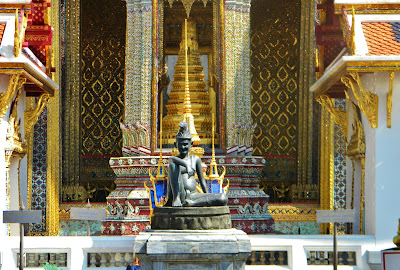 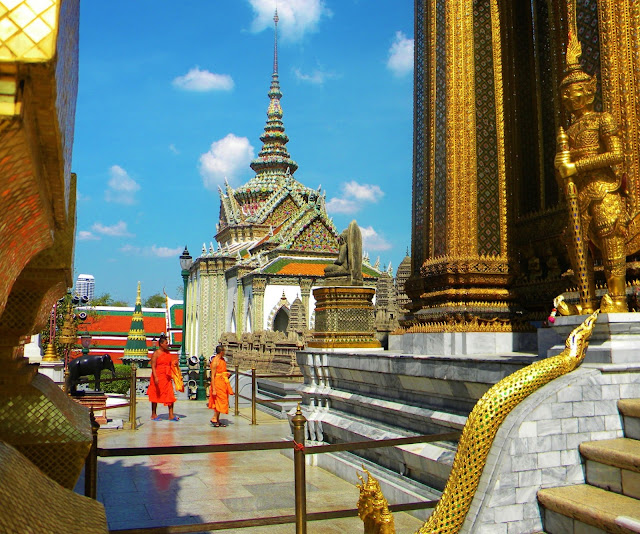