At Bayon (BAH-yon), the temple at the heart of the ancient Khmer capital Angkor Thom, images of the Buddha populate the walls and towers of what is otherwise a Hindu temple.  Bayon, second in size and grandeur only to Angkor Wat, was built in the late 12th century by Jayavarman VII, the great Khmer king who embraced both of Cambodia's religions.  These timeworn faces have seen centuries of pelting rain, torrid heat and total neglect. 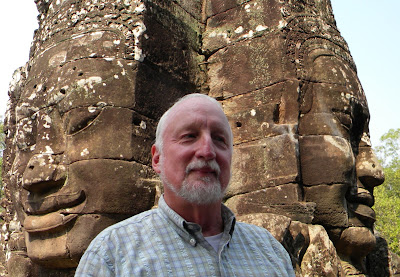 Like Angkor Wat, Bayon is designed as a Hindu temple: a tall central tower and four other towers representing the five peaks that are home to the Hindu gods, and a moat representing the Sea of Milk in Hindu mythology.  Below, columns support a 100-meter-long causeway that crossed the now-dry moat at Bayon. 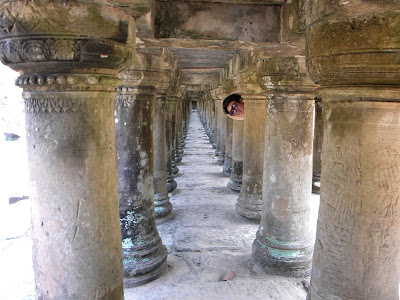 The central tower at Bayon is in the middle of the photograph below. 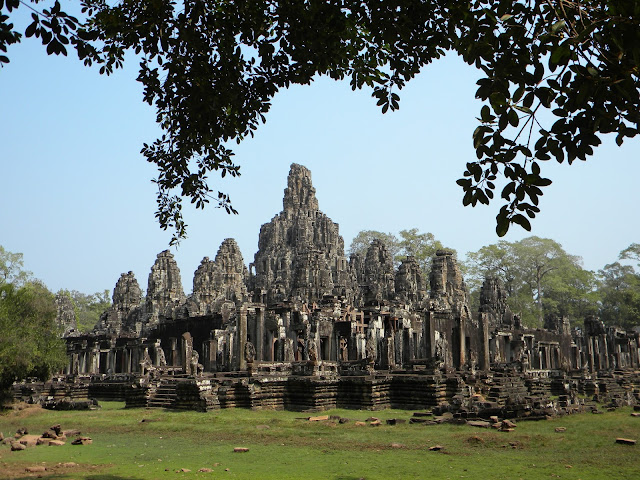