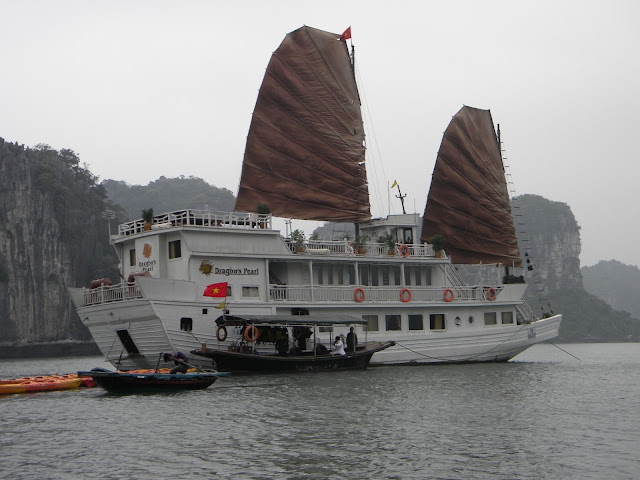 We spent two nights in the last week of December 2012 aboard a junk motoring among the stony islands of Ha Long Bay, on Vietnam's northern coast a few hours' drive from Hanoi.  The junk, technically a sailing vessel, did briefly raise its sails (above), probably just a photo opt for us and the 17 other passengers who were returning from an island visit. Our voyage was powered by diesel fuel. 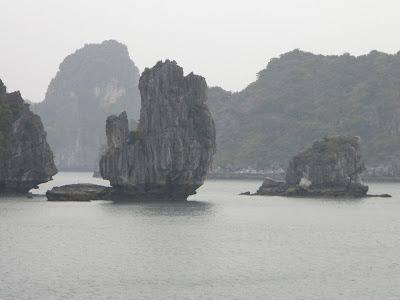 We were on one of Indochina Junk's three identical "Dragon's Pearl" vessels.  The company picked us up at and returned us to our hotel in Hanoi.  Click HERE for the company's website.


Left: The weather was chilly and overcast for our entire trip, sometime adding a mysterious quality to the huge rocks that are the islands of Ha Long Bay. 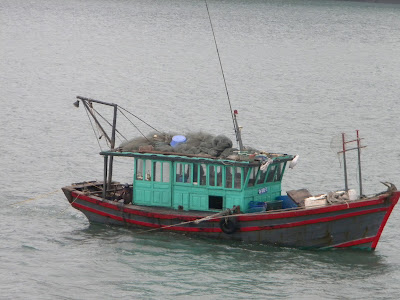 Right:  Small fishing boats like this darted around the bay.


Below:  It wasn't sunny, but people still used the sundeck. Temperatures in the low 50s Fahrenheit meant everyone had to dress warmly.  On the plus side, no one suffered sunburn. 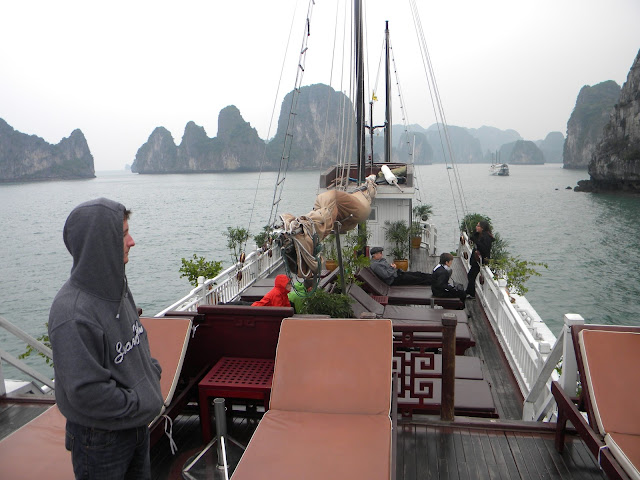 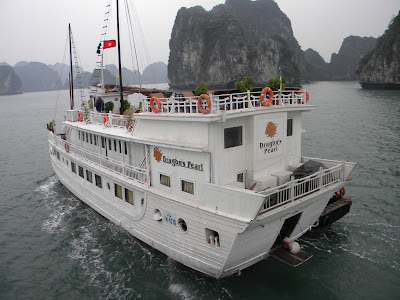 Left:  This boat is a twin to our boat, operated by the same company.  The little red flag with the yellow star is the flag of Vietnam.  All the Ha Long Bay junks are now painted white -- so decreed by a government official who must have a relative in the white paint business.  On websites you may see older images of the boats in their traditional colors. 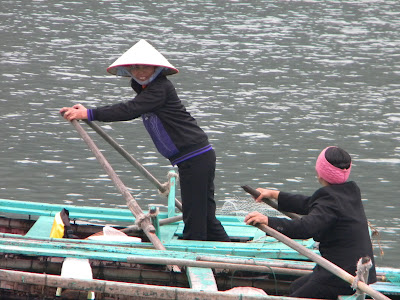 Right: Women in boats made of woven bamboo picked us up from our boat and took us to a floating village, a collection of moored houseboats and other structures where fisherman and their families live.

Below: Part of the floating village. It appeared that residents made no use of the island behind the village other than, perhaps, as a windbreak.

Left: A fish farm at the floating village. 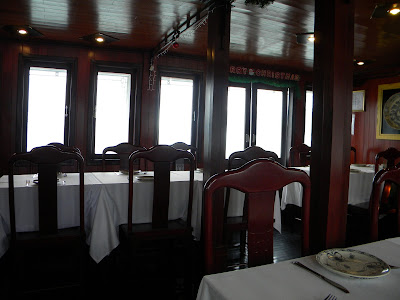 Right: The dining room aboard our junk.  Meals were all several courses with a lot of seafood.  The small wine list was mostly Australian; a bar sold beer and  basic mixed drinks.

Below: Our last dinner was an elaborate affair.  The galley on the junk provided the food, which porters took to a cave high up on one of the rocky islands. The table was about 60 yards into the cave.  Indochina Junk is the only outfit that does these dinners, and only on its two-night trips. 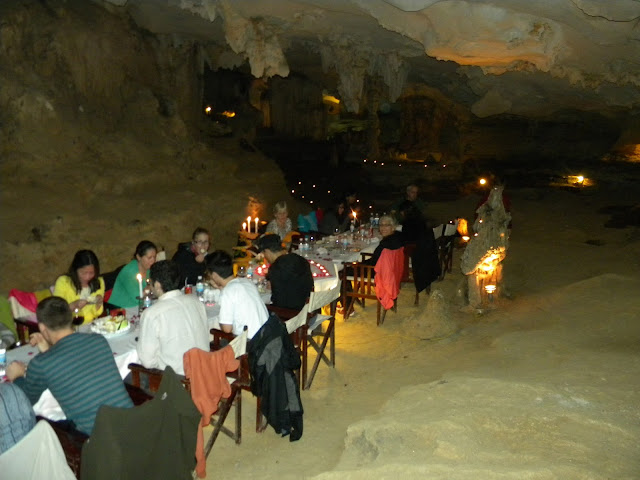 The highlight of the cave dinner was not the elaborately crafted centerpieces carved from pumpkins and various vegetables, nor was it the grilled giant shrimp or other food.  Toward the end of the dinner, the English-speaking guide on the junk ("Call me Sonny," he said) asked for everyone's attention for a special event.  He then announced that one of the passengers -- a couple from the Upper West Side of New York -- wanted to ask his girlfriend to marry him.  The woman (that's her in yellow, above, seated across from her boyfriend) looked absolutely shocked, though I don't know whether she was shocked by the idea of a marriage proposal or that she heard about it first from a Vietnamese guide.  The guide then directed them both to stand and  the guy started to pop the question before the woman told him to get on one knee.  He did. Finally, she said yes. 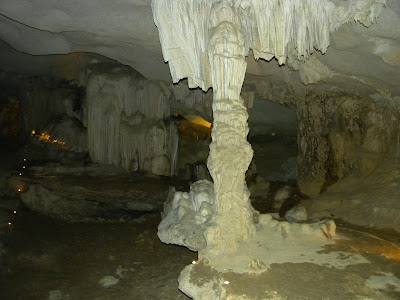 Left: The cave.  On the left side of the picture you can see votive candles that lighted our path to the dinner table. There was also a generator producing some electric light.

Below: Centerpieces, mostly carved from pumpkins, were presented with great fanfare. Hearts, such as the one here made of rose petals, appeared all over the cave, doubtless in anticipation of the marriage proposal. 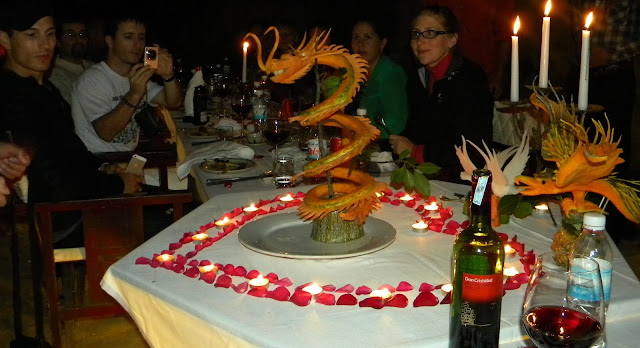