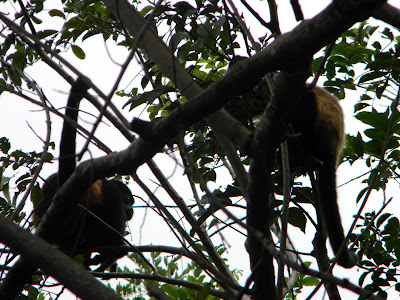 Isla Ometepe is a large island in Lake Nicaragua, one of the world's largest freshwater lakes. It is shaped like the numeral "8," with a volcano in the middle of each half and a swampy area along the Rio Istian in the middle.

At left are two of the many howler monkeys we saw on Volcano Maderas, the smaller of the two volcanoes. We stayed at Totoco Eco-Lodge (CLICK HERE), which is on the slopes of Maderas. 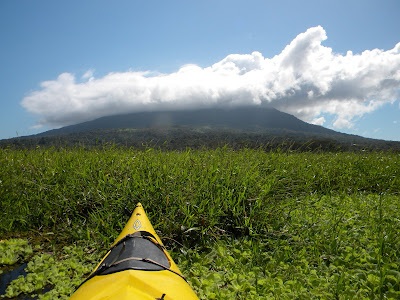 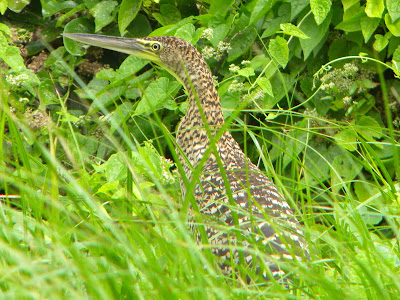 This shot of Maderas was taken while kayaking on the Rio Istian. (You may have noticed that I'm not bothering with accent marks on these Spanish names. You're right. I'm not.)

This is a tiger heron that was wading along the Rio Istian. 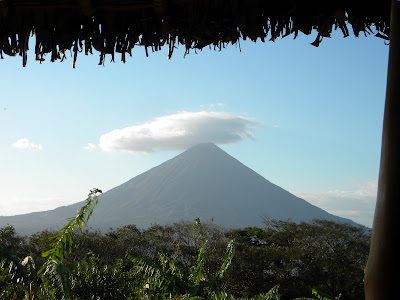 And this is Volcano Concepcion, the other volcano, which is a mile high and very active, as seen from Totoco Eco-Lodge.