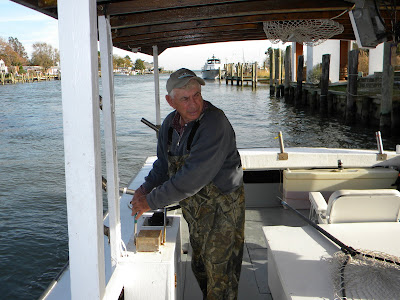 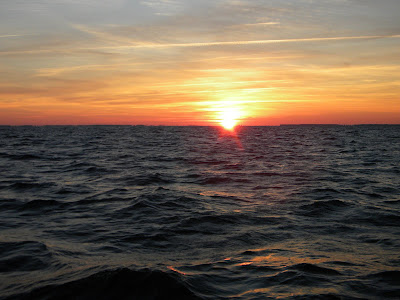 On Oct. 30, 2010, my wife and I and another couple boarded the Big Will at Dogwood Harbor, Tilghman Island, Md., at 6:45 a.m. We watched the sun rise over the Choptank River as Captain Willie Roe took us out for rockfish, known elsewhere as striped bass. The four of us had bought this fishing trip at a fundraising auction, so we paid a little more than the $400 that Willie and his co-captain, Charlie Schneider, usually charge. (Big Will Charters can be reached at 410-886-2302, 443-786-4324 and bigwillcharters@atlanticbb.net,)

Willie, 74, was born on Tilghman Island and has worked on the water since he was 10. At 15, he says, he quit school and started commercial fishing with his father. He got married in January of 1955 and two weeks later, he says, he made $4,500 in one day and bought his first home. Charlie is a former insurance man and a near-obsessive fisherman from New Jersey. Willie and Charlie spend their days fishing. If they don't have charter customers, Charlie said, they often just round up some friends.

The fish were hard to find the day we went out, but Willie, who's locally famous for not going back in until he's caught the limit, finally found the fish. The limit is two rockfish per charter customer, and by 3 or 3:30 we had our limit and were headed back to Dogwood.
Posted by Steve Bailey at 1:57 PM