Washington, D.C.: Shame and Celebration at a Museum


The National Museum of African American History and Culture (click HERE for its website) has been open a couple of years and continues to draw crowds big enough to require timed entry passes (admission is free).  Jane and I visited in April 2019 during a brief trip back to where we formerly lived in Maryland.  We were there to see friends and family, but this museum was on our must list as well. Our niece, Sharon, who lives in D.C., joined us at the museum.
When we lived in Talbot County, Maryand, on the eastern shore of Chesapeake Bay, there was and still is on the grounds of the county courthouse a memorial to "the Talbot Boys," white locals who left Talbot County during the Civil War to take up arms against their own country and to fight to keep slavery intact. Maryland was a slave state though it did not secede from the Union; its slaves had to wait until after the Civil War to be freed since the Emancipation Proclamation applied only to the states in the Confederacy. I wish the people who in the 21st century still support honoring the Talbot Boys would visit this museum and see (and read about) the horror that was slavery.
Slavery isn't the only source of American shame on display at the museum. There's sharecropping, often described as worse than slavery; Jim Crow laws; lynchings; and more. Emmett Till, the 14-year-old from Chicago who was brutally murdered near Greenwood, Mississippi, in 1955, is given a lot of attention because it was his death (and his mother's courageous decision to let the public see his horribly disfigured face) that spurred people like Rosa Parks to action. His original casket is on display at the museum and people file past as respectfully as if his body were still in it. (He was reburied in a new casket after his body was exhumed for a DNA test.) Even today there is controversy about what should be done with what's left of the the store where he was accused of the capital crime of showing disrespect to a white woman (click HERE for New York Times article).
The museum also celebrates accomplishments. We were there for a special exhibition on Oprah Winfrey, going from her early childhood in Kosciusko, Mississippi, to her early TV career in Baltimore, Maryland, to her current status as one of the nation's most iconic and charismatic media personalities. And one of the wealthiest. You'll find your favorite blues and R&B and rap and jazz artists, too, along with writers, scientists, educators, actors and politicians.
This is an educational museum. There are a number of artifacts -- including a segregated railway car -- but this is foremost a museum of words and pictures. You have a lot to read as you start three levels below ground and work your way up from the depths of the slave trade.
Here are a few photos that I hope will encourage you to visit the museum. 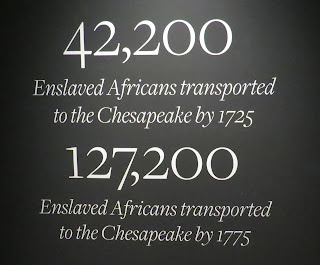 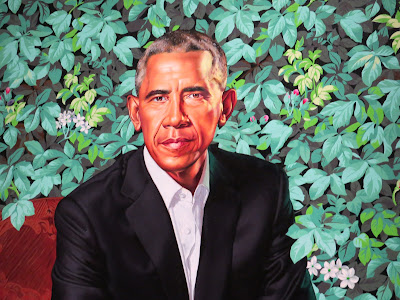