Hanoi is a busy, busy city.  Like stereotypical New Yorkers, the people on Hanoi's crowded streets and sidewalks have no patience for gawking tourists, tend not to return smiles and do not apologize if they bump into someone.  We were there for most of the last week of December 2012.  It was chilly but not cold, the air dirty with the exhaust of tens of thousands of motorcycles, motor scooters, cars and trucks.

We stayed in the old quarter, which at first was incredibly confusing.  Fortunately, most buildings have posted not only their number but the name of the street.  This is handy in an area where street names can change every block or two.
Here are some photos from our time in Hanoi. 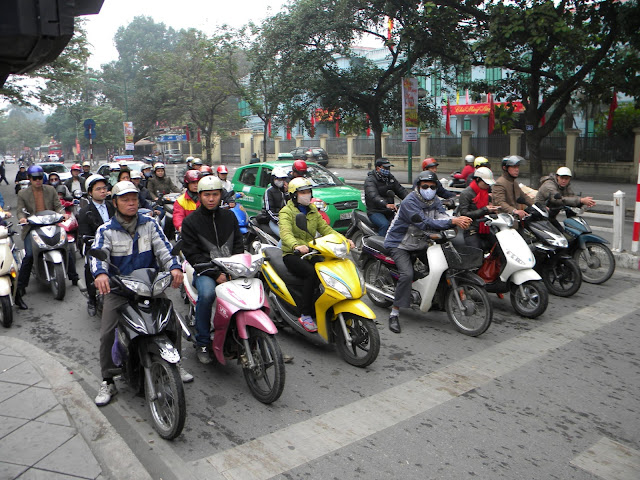 Above: One of the few intersections in Hanoi where everyone stops for a red light.  Face masks are used by a lot of pedestrians as well as motorcyclists -- we think to protect against pollution rather than germs. 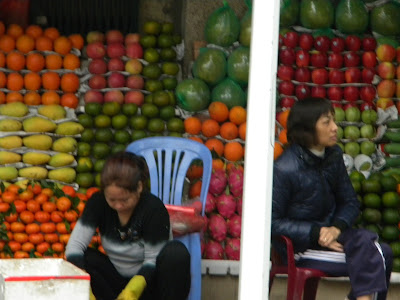 
Below: No cars or trucks are allowed on this narrow street in the old quarter. 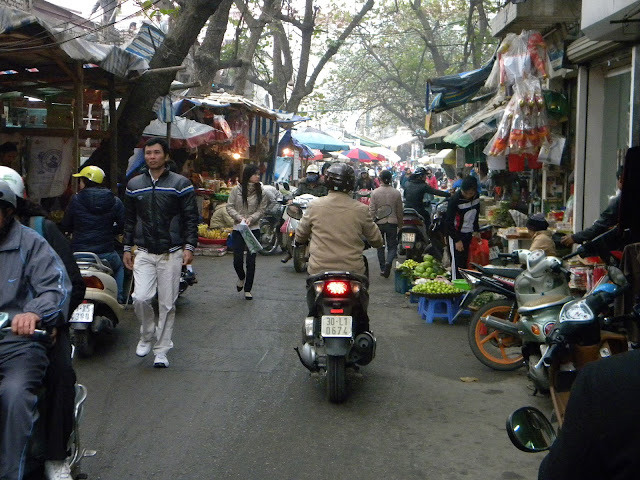 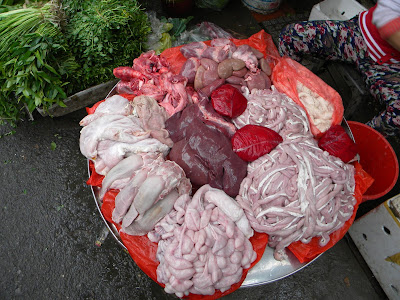 Left: Meat and various other animal parts at a street market.  I'm pretty sure that's liver in the middle.

Below: More foods laid out at a street market. 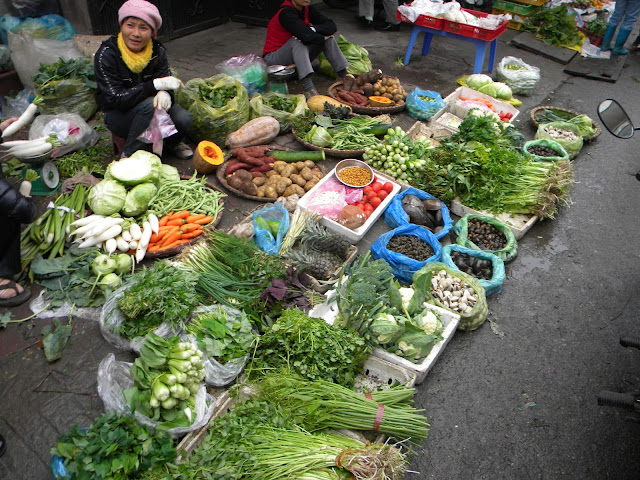 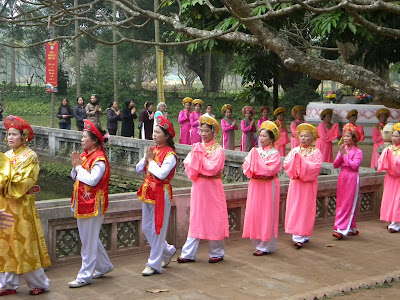 Left:  We stumbled upon some sort of ceremony at the One Pillar Pagoda near Ho Chi Minh's mausoleum.

Below: The Huc Bridge at Hoan Kiem Lake, the lake of the restored sword.
Legend is that the 15th century hero Le Loi found a sword in his fishing net here, a sword he used to chase the Chinese out of Vietnam. The sword later flew out of his scabbard and into the mouth of a giant turtle in this lake. 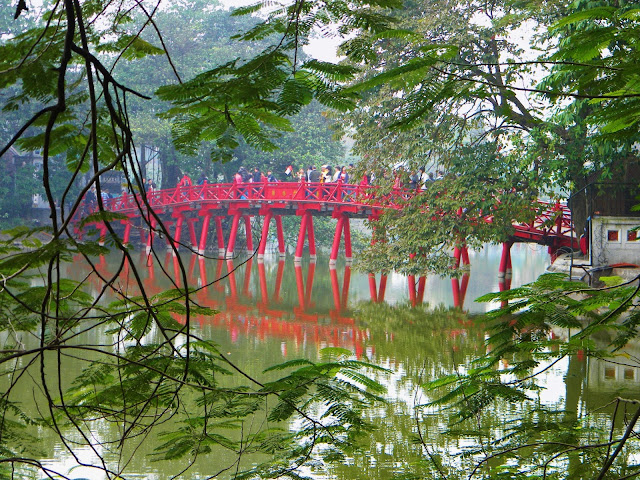 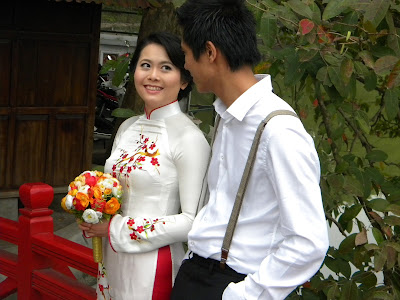 Right: Bridal couples flock to Hoan Kiem Lake to have their photos taken.  This couple was posing on the Huc Bridge.

Below: Neckties and scarves in a silk store in the old quarter. 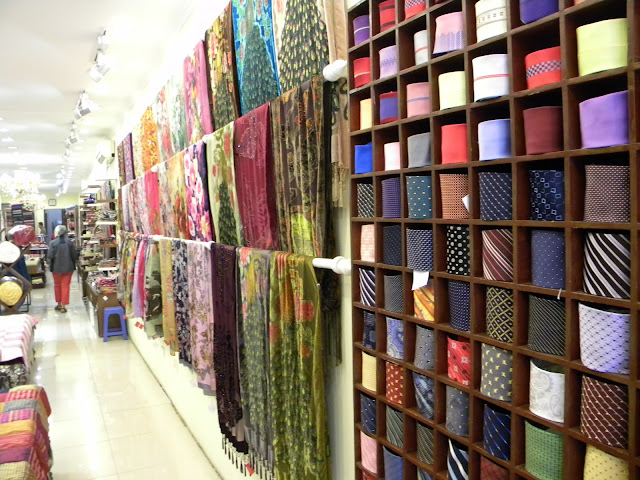 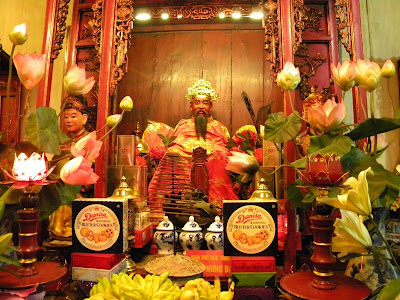 Right: Containers of butter cookies are among the offerings at a shrine near the Huc Bridge.  Elsewhere we saw offerings of Pepsi bottles, cigarettes and a milkshake at shrines like this.
Posted by Steve Bailey at 2:07 PM 2 comments: