Vietnam: Tailors, Cooks and History in Hoi An

Hoi An, a small tourist-filled town a few minutes south of DaNang, is known for two things: food and tailoring.  It's filled with restaurants and tailor shops.  While there we ran into two young couples from Perth, Australia, whom we'd met elsewhere on the trip.  Both of the guys had suits and sports jackets made to order in Hoi An.  Most things, apparently, can be made within a day or two, so people who order clothes when they first arrive can leave with them.  These two said that the shop, A Dong Silk, had filed their measurements so they can order more clothes in the future. 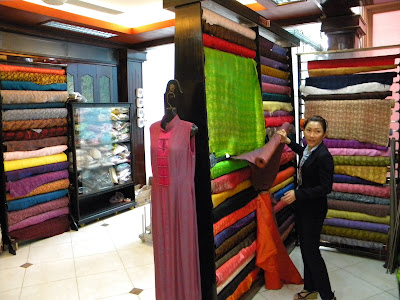 Right:  Silks are displayed at A Dong Silk.


Below: Another tailor's shop. 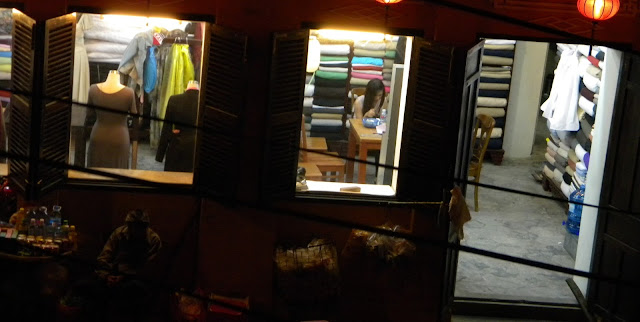 Left: The waterfront in Hoi An.  Vietnamese  boats traditionally have "eyes."

Hoi An's signature food is a steamed dumpling known as a "white rose,"  made by a few families in town and available at almost every restaurant. Each family's version is different, filled with a whole shrimp, ground shrimp, or ground shrimp and ground pork.  Restaurants add their own sauces. 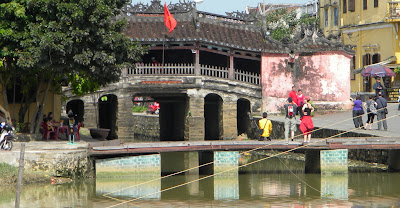 Right: The Japanese covered bridge.  It was supposedly built after an earthquake in Japan that was caused by a restless underground serpent whose head was in Japan but whose body was in Vietnam.  The bridge was built in the 1590s to put a stake into the serpent's heart. It's unclear how much if any of what we see today is original. 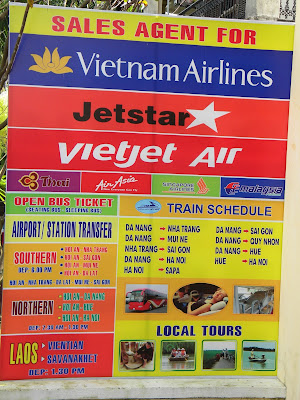 Left: Where do you want to go?  This Hoi An travel agent's sign shows he can sell you a ticket to other major cities in Vietnam as well as Laos.

Below: The coast from DaNang to Hoi An is lined with large hotels and gated resorts.  Hoi An is a mile or so inland from the beach shown below.  During the first week of January 2013, the water seemed cold to us but a few people were spashing in the surf. The weather was certainly warm enough for shorts and sunbathing. Cafes and bars along the beach mean that you're never very far from a cold beer or a tropical-themed drink. 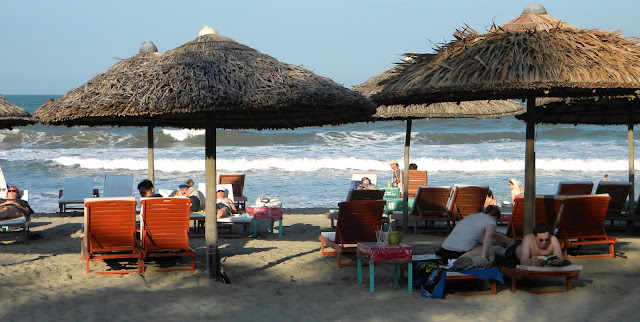 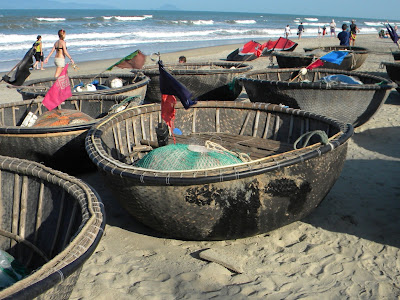 Right:  Those aren't giant baskets on the beach.  They're round fishing boats made of woven bamboo.  We didn't see any in use, but we're told that they are propelled by a single oar or paddle that the fisherman moves back and forth, much like a fish's tail fin.  The bundles inside the boats are nets.

Below: One last shot of this clean and very pleasant beach. 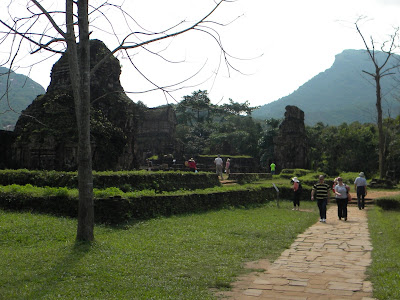 My Son is a complex of Hindu temples from the 4th through the 14th centuries, about an hour's drive west of Hoi An. They were built by the Champa Kingdom. The Cham people are one of Vietnam's many distinct ethnic groups. During what the Vietnamese call the American War, the ruins were bombed by U.S. planes.  Today's visitors can still see craters created by the bombs.

Left and Below: Snapshots of the ruins. 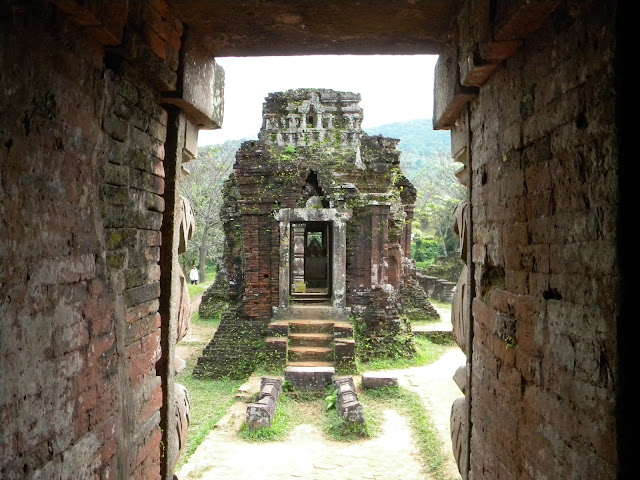 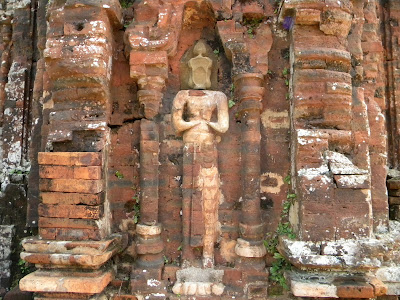 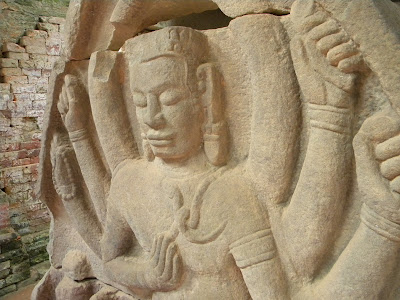 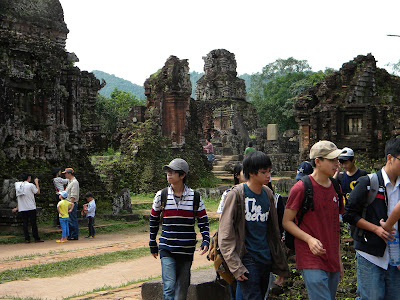 Visitors at the My Son ruins are warned to stay on the well-defined paths to avoid stumbling upon unexploded bombs or landmines. 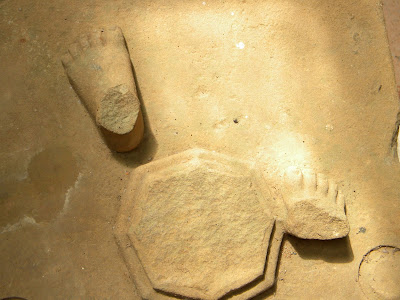 Left: Bits of the feet are all that's left of the statue that once stood here.

Like similar ruins throughout Southeast Asia, My Son has been subject to looting. Thieves have decapitated statues to sell the heads to collectors in Asia and in the West. It's impossible, though, to say exactly what happened to this particular statue. 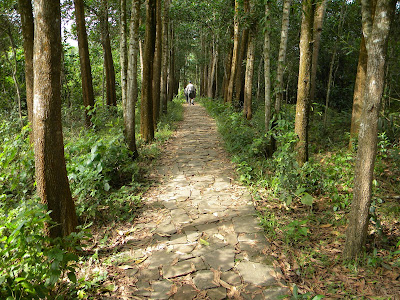 Right: A shady path takes visitors several hundred yards away from the centuries-old temples and toward the 21st century.  It leads to a parking lot.
Posted by Steve Bailey at 5:59 PM No comments: