We spent a couple days in Kep, about a two-and-a-half-hour drive south of Phnom Penh.  Most people who want to go to the South China Sea coast in Cambodia go to Sihanoukville, a much more developed vacation area.  The beach there, we're told, is much nicer than the narrow stone beaches of Kep.  What persuaded us to choose Kep is its reputation for crabs.  We live on the Chesapeake Bay, on Maryland's Eastern Shore, and we're serious about blue crabs.  The blue crabs in Kep are quite similar to ours, though they don't turn bright red when cooked. They also are meatier than Chesapeake crabs, with big chunks of backfin meat in even small crabs.  The meat, however, isn't as sweet.  The unseasoned crab meat isn't particularly flavorful.  Fortunately, it isn't served unseasoned.   The Crab Market in Kep is an oceanside strip of maybe two-dozen crab restaurants, some offering almost 30 different crab dishes, often seasoned with Kampot peppers, the locally grown peppers. 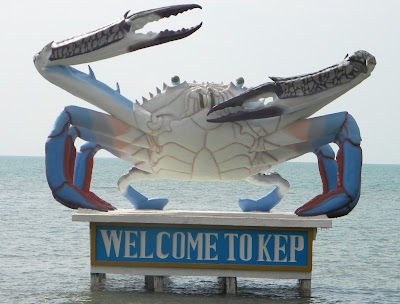 Left:  A large crab sculpture stands in the water along the coast in Kep.  The sign (below) describing it shows how complicated the Cambodian calendar can be. 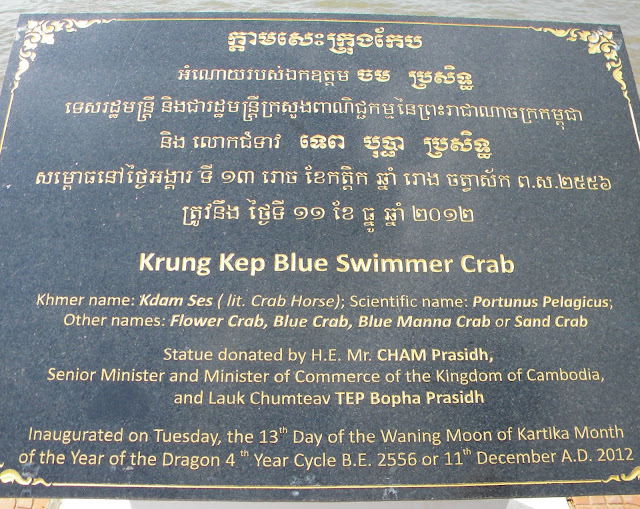 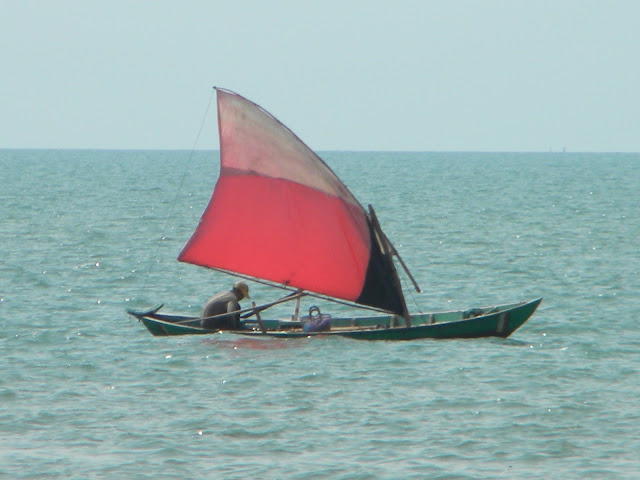 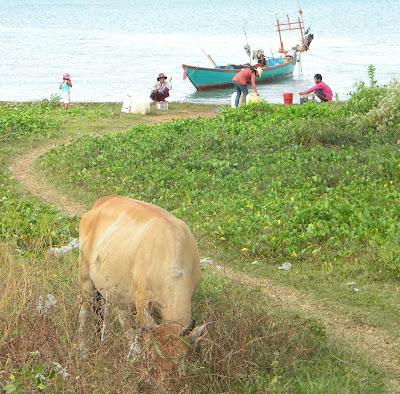 Above: A boat off the coast of Kep.


Right:   Our hotel was only a couple of hundred yards from the Crab Market if we took a shortcut, which took us by this cow and this fisherman's family.  Most of the local wooden boats were painted turquoise.


Below: Grilled chicken and squid at a Crab Market restaurant.

Posted by Steve Bailey at 8:43 PM No comments: