The Best Ways to Fly 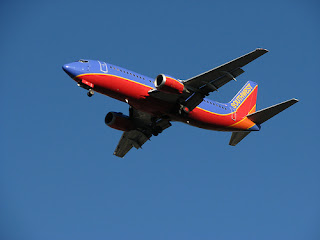 It's a commonplace observance these days that flying isn't much fun. It isn't what it used to be. Part of that is due to the security practices put in place since 9/11. Most of it is due to cost-cutting by the airlines. And why are they cutting costs? Because most of us shop for flights solely on price, and to get that low price we're willing to put up with cramped seating, carrying on our bags and other inconveniences.
If you're like me, virtually all of your flights are on American carriers. I remember a few years ago that a friend who had just flown on Virgin Atlantic for the first time said that it was "like flying used to be."
Recently, its U.S. sibling, Virgin America, came in at No. 5 on Travel & Leisure's listing of "the World's Best Airlines." One other U.S. carrier cracked the top 20, JetBlue at No. 17. Most of the "best" airlines are Asian, none of which I've flown. Two of my favorite foreign carriers, Air France and Lan, did not crack the top 20.
A lot of people seem to like Southwest -- and I count myself in their number, mainly because it offers a direct flight between Baltimore, the closest airport to where I live, and Jackson, Miss., my hometown. I particularly like that it allows you to check two bags at no additional charge.
I also am learning to like its boarding procedure: passengers line up in the order in which they printed out or received their boarding passes and then can sit wherever they choose. What I don't like is the personality overload that afflicts some flight attendants. I want my drink and my bag of pita chips with no jokes or stories. The safety talk before the flight should not resemble open-mic night at a comedy club.
But, you know what they say: flying isn't what it was.
Posted by Steve Bailey at 5:52 PM No comments: