Many Reasons to Visit Prague 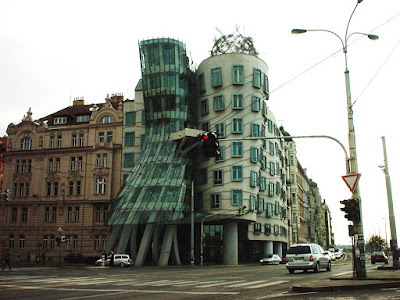 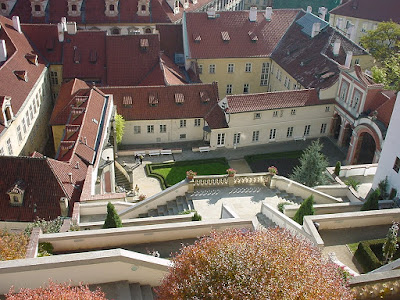 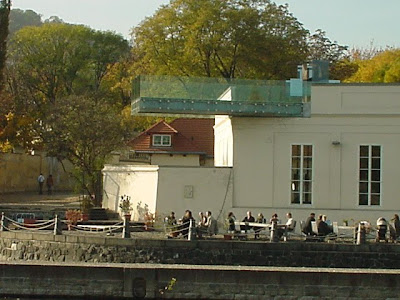 Prague, which 15 or 20 years ago was notorious as a low-cost destination for rowdy British football clubs on beer-drinking safaris, has come into its own as a center for music, art and architecture.

It's also becoming a popular destination for winter travelers. Click on the title of this posting for information about its famous Christmas markets.

I know of no other city in the world that has as many public performances of classical music as Prague. The larger venues are the Rudolfinum, Municipal House's Smetana Hall and the Congress Centre Prague. Keep an eye out for flyers and postings in the Old Town that promote solo and small-group performances, many of them in beautiful old churches. For something truly special, treat yourself to opera at the jewel-box Estates Theatre (http://www.estatestheatre.cz/), where Mozart himself conducted the 1787 premiere of "Don Giovanni."

One must-see for art lovers is the Museum Kampa (http://www.museumkampa.com/en/), which has the glass "bridge to nowhere" shown above. It's the life's work of one woman who, in exile after World War II, managed to assemble a staggering collection of 20th century Czech art. She brought it all with her when she returned to Prague after the fall of communism. The museum is conveniently located at the western end of the Karluv Most (the Charles Bridge), which is where the hurdy gurdy man seen below is performing. Any guidebook will direct you to the other major museums, all of which are worth seeing. The art gallery scene seems to be in perpetual flux, with interesting avant-garde places opening, moving and closing at a frenetic pace. Of course, there are a lot of galleries that aim at the tourist market.

Architecture aficionados are likely to be familiar with Frank Gehry's Dancing House, also known as the Fred and Ginger building, shown at the top of this posting. It's a pleasant but long walk from the Old Town area (Stare Mesto), which is where most tourists are likely to spend most of their time. There's a lot to see in the old quarter where ancient buildings have been added to and modified over centuries, creating layers of architectural styles. 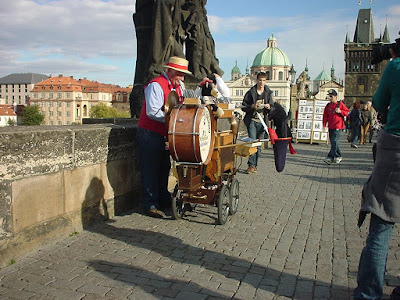 Not particularly important in terms of architecture, Prague Castle dominates the skyline on the western side of the Vltava River. The walk down from the castle gives the bird's-eye view that's shown in the photo second from the top of this posting.

As for beer, the Czech Republic is famously known as the birthplace of pilsner, a pale lager. It's said that 98 percent of the beer consumed in the country is pale lager. Czechs simply don't drink the darker brews that many American drinkers think of as "serious" beer. The most popular brands, Pilsner Urquell and Budweiser Budvar, are widely available in Prague -- usually a restaurant will serve only one brand of beer -- but artisanal Bohemian brews are hard to find in the city. To sample the work of well-regarded small breweries, like Chodovar, Jihlava and Pivovar Primator (and there are many, many others), you have to rent a car and venture out into the countryside. But with everything else Prague has to offer, it's not a great hardship to stay in town and drink draft pilsners.
Posted by Steve Bailey at 8:44 AM No comments: Links to this post